Farmer protests have been loudest in states with high agricultural growth. What explains the paradox? 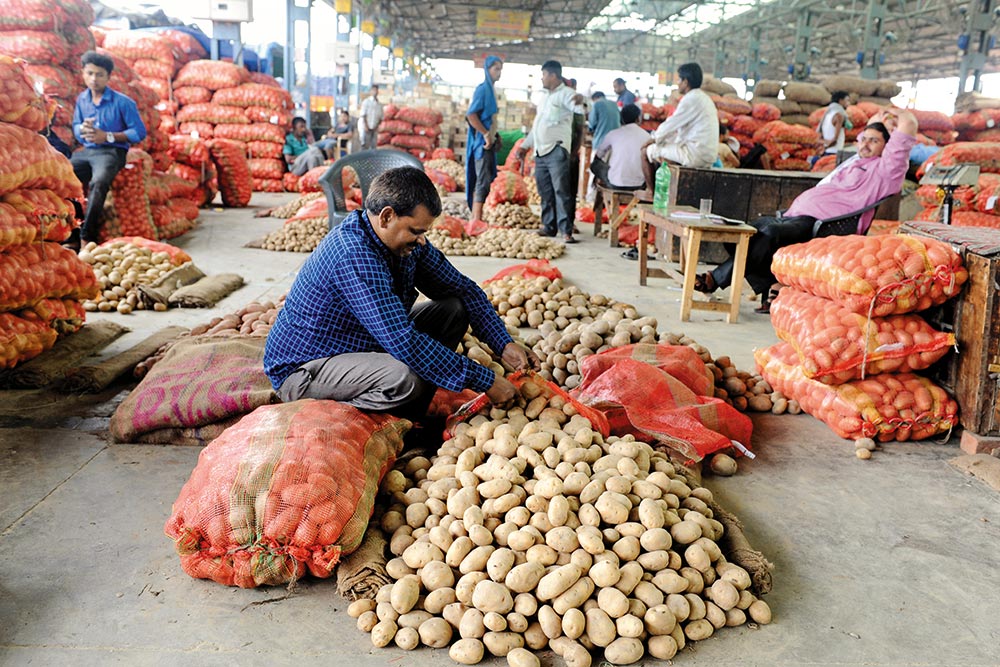 From a distance, it’s difficult to pinpoint the source of the stench amid the rolling green fields in this Sikh-dominated hamlet off Kurukshetra, Haryana. Covered by black tarpaulin sheets and hay, the heaps of rotting potatoes—tonnes of them—are barely visible until farmer Bhupinder Pal Singh points to them. Some of the tuber has melted into thick slush, infested with insects and flies. The spot has become a local tourist attraction of sorts: a mini-mountain of rotting aloo.

Singh’s decision to try potatoes instead of wheat last winter was catastrophic. He might take years to recover. He and his three cousins sowed a variety called ‘Chips Sona’ in 37 acres between them. They got some decent yields (4,400 quintals) in March and...