The judiciary and executive join the mighty churn in Pakistan 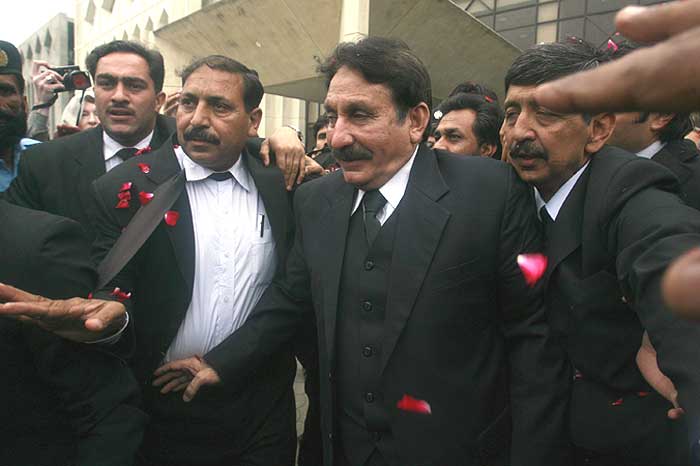 In this prolonged season of discontent and pessimism, brought about by unprecedented floods, poor governance, and a dismal security scenario, the people of Pakistan have turned their ire against one man who isn’t to blame for their sorrows—Chief Justice Iftikhar M. Chaudhry. He isn’t responsible for governance, nor does he oversee security agencies. But such is the price of judicial activism, of taking to the streets in protest, as he did against former president Pervez Musharraf, of wearing the mantle of saviour. Expectations are stoked to a peak where disappointment reigns.

It’s this sentiment that school teacher Manzoor Alam articulates as he says, “Arrey bhai, ek bun-kabab ke dukan to khali nahin kar sakta, to ye chief justice kis kam ka?” (If you can’t get a bun-kabab shop to leave its premises, then what’s the use of being the chief justice.) The bun-kabab shop refers to a McDonald outlet against which chief justice Chaudhry had ruled that it couldn’t operate from...