Court Of The Absurd

In mythology, the Sun God’s son is a tragic hero. But Justice Karnan, the first HC judge to be awarded jail term for contempt of court, has set a sad precedent. 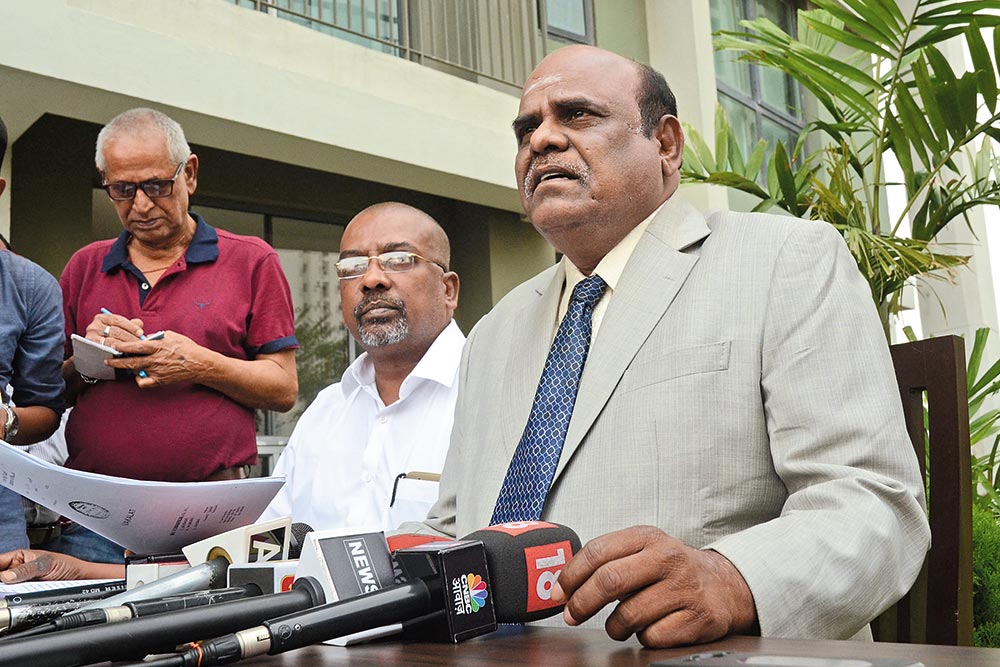 It hasn’t been easy for even his fellow lawyers and close observers to fully understand the maverick, who, to many, is as much a distasteful character as he is fascinating. All they know is that the episodes relating to Justice C.S. Karnan’s contempt case are yet to unfold fully—it’s an epic that is far from over. Is he a tragic hero or a villain? An idiosyncratic professional or plain insane? It’s tough to explain what exactly he was trying to achieve and why.

Justice Karnan’s cruise through many ‘firsts’ culminated into a historic order the other day. On May 9, the Supreme Court sentenced him to six months’ imprisonment on contempt charges. The order by the seven-judge bench, led by the CJI Justice J.S. Khehar, did not clarify whether the imprisonment was simple or confinement to a ‘civil prison’.

That anyway wasn’t the sole legal opt­ion. Another would have been to imp­each Justice Karnan for misconduct, but the 59-year-old would have reti­red (in June) even before the lengthy...