Pilots wilt under pressure. Strike is called off 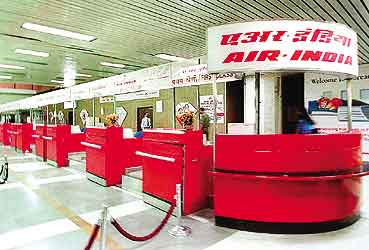 outlookindia.com
-0001-11-30T00:00:00+05:53
Arvind Mathur, a multi-national executive and a regular on the Delhi-London sector, was livid. "I was left waiting for 10 hours at Heathrow. This is the damnedest reason I have heard for not flying!"

When one of the highest-paid employees in the country struck work last fortnight, they had few sympathisers. Pilots of Air-India (A-I) left thousands of passengers stranded when they went on strike. Reason: they could not fly to SARS-hit destinations or fly on any route in an aircraft manned by cabin crew who had been to the Near East since the virus broke out. .

For once the aviation ministry decided to take on the pilots. And the hardline yielded results. Late night on May 1 the strike was called off. Over 100 pilots reported for duty. The derecognised Indian Pilots Guild (IPG), has officially called off the strike although the A-I management has made it clear that it will not revoke the suspension orders against those who spearheaded the strike.

From the outset, no one was convinced by the pilots’ arguments. The fear of the SARS virus had hit all...