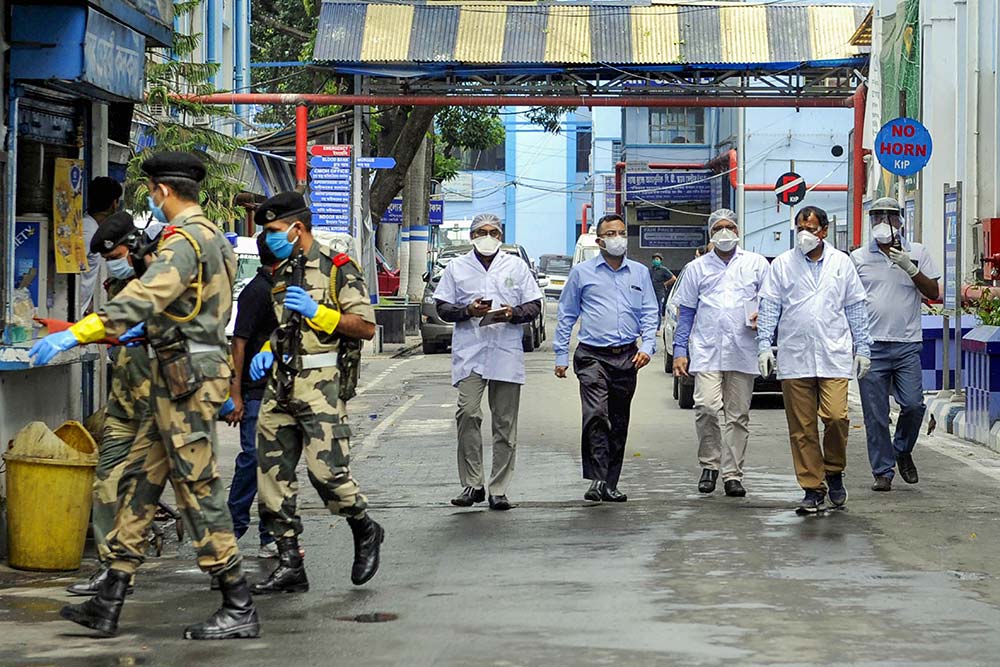 Even as the rest of the country followed a strict COVID-19 lockdown, the laxity in Bengal, and Calcutta in particular, was striking after some days: meat, fish, paan and sweet shops were doing brisk business, some taxis were allowed to ply and people thronged markets. The police, mostly, were passive enablers. Laxity in surveillance and testing, too, was glaringly apparent. The Mamata Banerjee government’s efforts in downplaying the spread was equally remarkable: contrary to the global practice, Bengal decided to not count COVID-19 deaths due to comorbities as part of the total death count. Add to that the tell-tale non-cooperation towards the inter-ministerial central teams (IMCTs) that arrived in Bengal for a review. All these had, over the past weeks, resulted in a battle between an alarmed Centre and a defiant Mamata; particularly severe is an epistolary tussle between governor Jagdeep Dhankhar and the CM. The fight has now reached a new height as both sides issued fresh accusatory salvos.

The two IMCTs that were here to audit the state government’s...