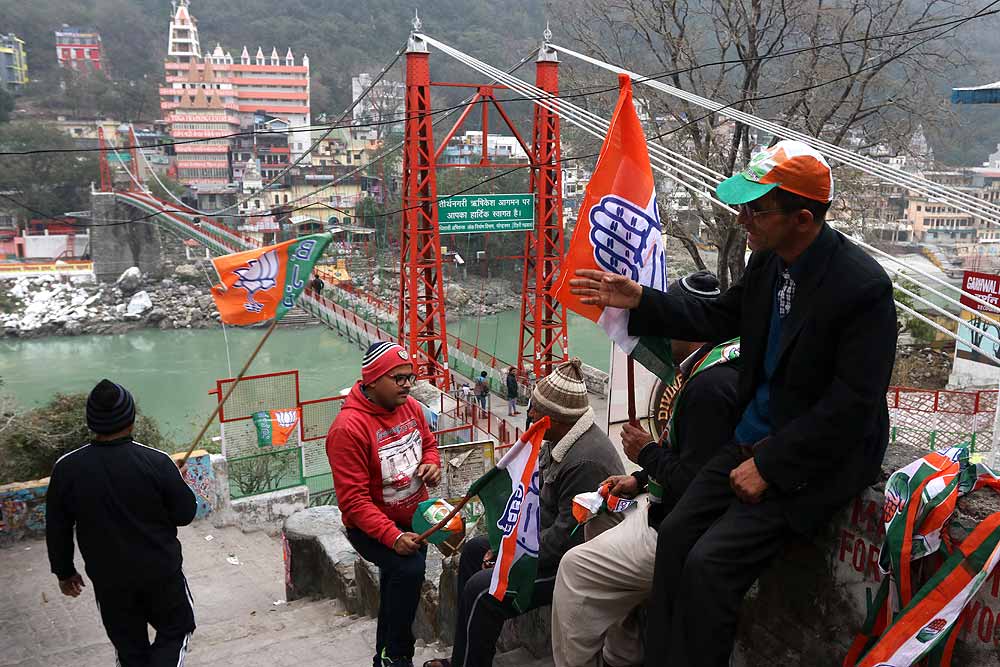 Last year, Uttarakhand hogged the limelight for all the wrong reasons—sting operation, defections, horse trading, floor test, President’s rule and so on. Voters are annoyed but not surprised, and it seems to have helped many to make up their mind for the forthcoming assembly polls. In fact, only the first assembly elected in 2002—the state was carved out of Uttar Pradesh on November 8, 2000—was free of the instability caused by internal squabbles that plagued both the subsequent governments. In the past 15 years, the state has seen five chief ministers, with two of them taking oath more than once. And the CM who gave the state its only stable government, Congress leader N.D. Tiw­ari, has now made his son join the BJP. The fight between the Congress and the BJP is now neck and neck.

Indeed, the two biggest national parties have not allowed any regional party to grow in the hill state, turning every election into a Congress-BJP duel. The election this year is likely to be no different, except that there are too many rebels or turncoats this time...