The Congress and the DMK make threatening noises, but the Tamil Nadu alliance is expected to survive them. 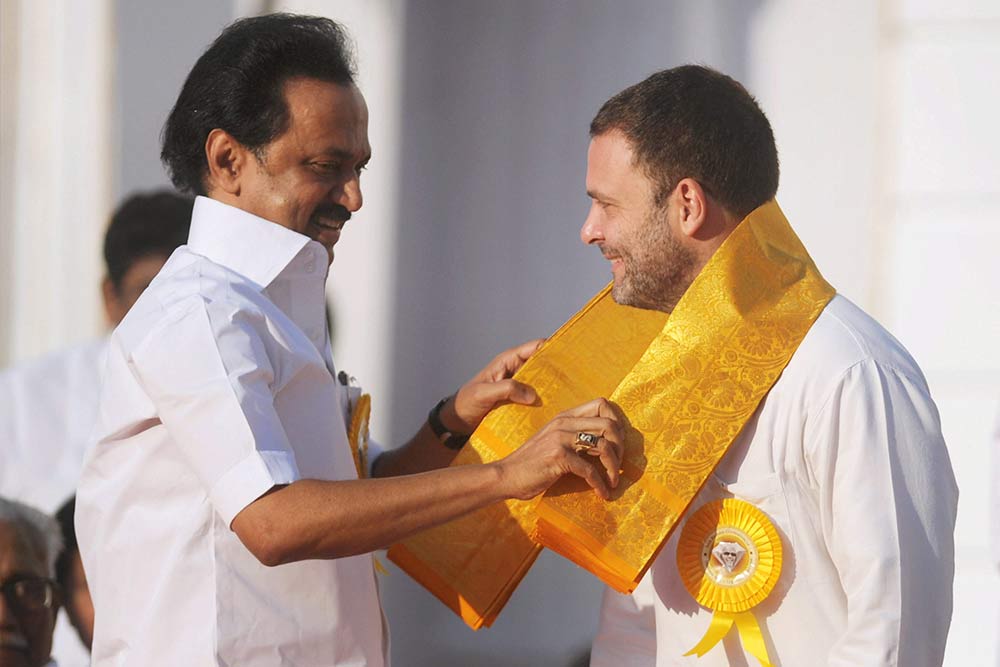 It appears that the DMK and Congress need the old guard to make peace. Rahul Gandhi and M.K. Stalin might have stamped their auth­ority as party presidents, yet they need the guiding hands of their parents to keep their alliance intact.

Sonia Gandhi’s presence to unveil the statue of Karunanidhi at the DMK headquarters on November 15 is exp­ected to put to rest the doubts that have been swirling around the state of the DMK-Congress friendship vis-à-vis the Lok Sabha elections. Since neither Stalin nor Rahul Gandhi have so far openly stressed the strength of their ties, the parties need to convey it through the November function.

When everyone thought that the alliance between the DMK and Congress was done and dusted, unlike the Congr­ess-BSP one that came unhinged, both sides started to nurse misgivings about their partner. Rahul’s two meetings with Kama­lahaasan and another with VCK leader Thol Thirumavalavan indicated that the Congress was grouping like-minded partners to ensure for itself a sizable number of seats in Tamil Nadu...