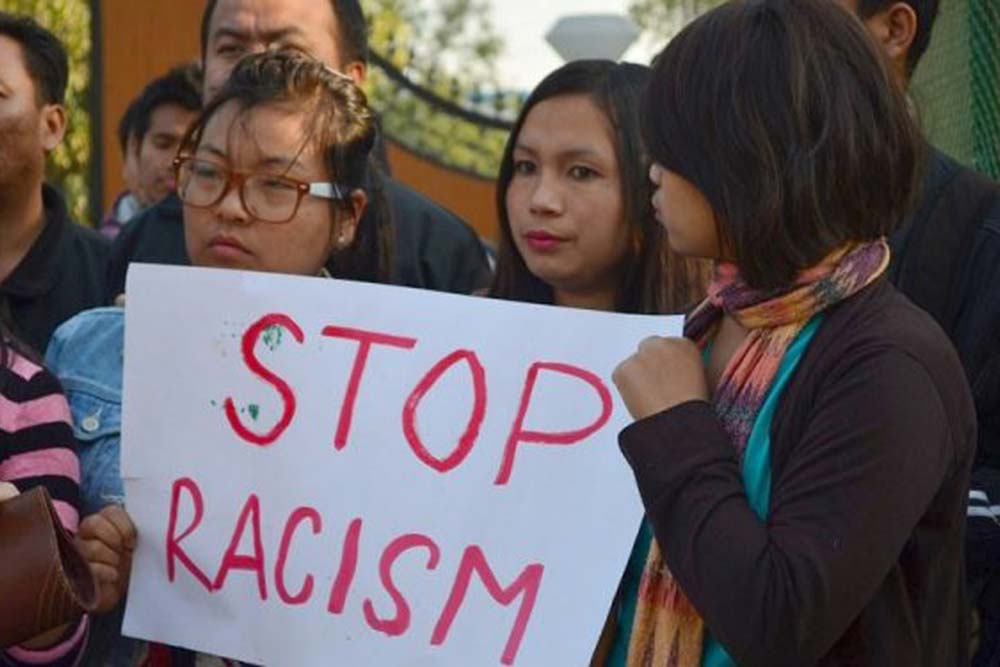 Just Stop It!
People from the Northeast protest against racism

Two apparently similar incidents took place in two corners of India in a span of two days. Just one made big news. A woman from a Northeast state was spat at by a man in Mumbai in what was apparently a racist act. He allegedly called her “corona” in reference to her Mongoloid features. It can be safely presumed that he read into her looks a connection to China, where the global pandemic currently ravaging the world originated. The incident was widely reported, Maharashtra minister Aaditya Thackeray said such acts will not be tolerated, the police registered a case and the National Commission for Women began its own investigation.

Around the same time, three women from a neighbouring state working as nurses at a private hospital in Assam’s capital Guwahati, also faced allegedly racist taunts. A group of men called the women “coronavirus”. The incident revealed what most people in the region refuse to acknowledge—racism in Northeast societies.

One of the women was clearly taken aback. “In Delhi, they...