Commas In A Harsh Sentence

Arrests, fatigue and the onset of winter interrupt the protests that had seen no pause since July 8 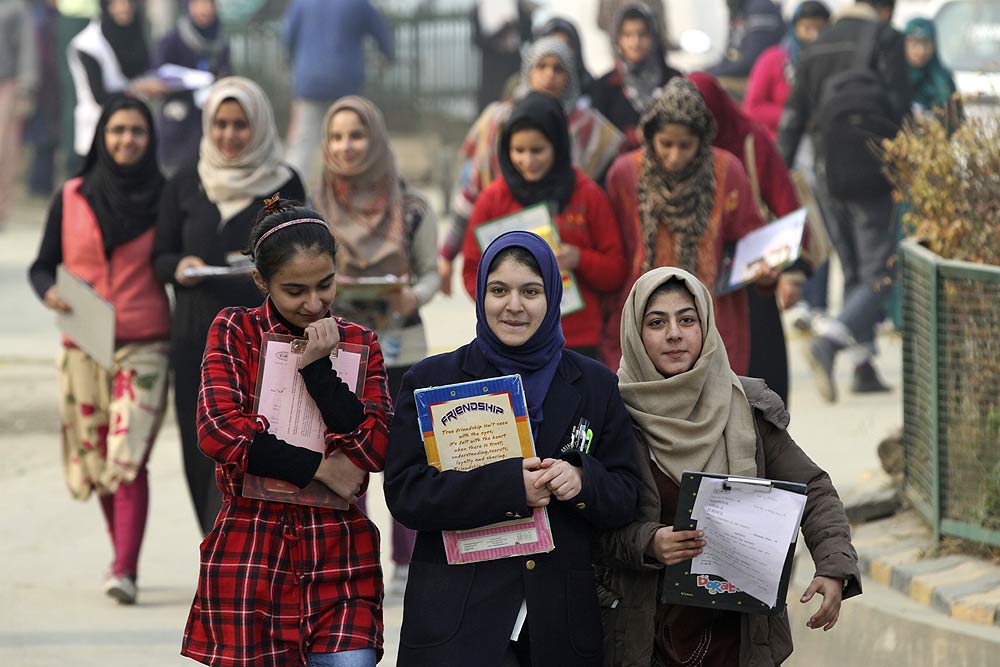 School Day
Schools opened after four months during a two-day break in the shutdown
Photograph by AP
Naseer Ganai November 24, 2016 00:00 IST Commas In A Harsh Sentence

Traffic was back on the roads and shops and schools reo­p­en­ed: the separatists had called for a two-day pause in the shutdown that has brought life to a halt in Kashmir since that day in early July when Hizbul commander Burhan Wani was killed. But it brought no cheer to 35-year-old Abdul Majid Bhat, a driver waiting for passengers to board his bus at Srinagar’s Batmaloo terminal on Sunday afternoon, November 20. The government chose to see the two-day halt as signifying the end of protests, but for the likes of Bhat, only unce­rtai­nty looms. And indeed, public transport was again off the roads on Monday, while schools and shops did not open. This is the new normal in the Valley.

On Saturday, the first of the two days of pause allowed by the separatists after 133 days of continuous protests and shutdown, Bhat had driven from Darigam village in Budgam to the Batmaloo terminal for the first time after four months. Bhat, who used to make around Rs 9,000 every month earlier, earned nothing during that period.