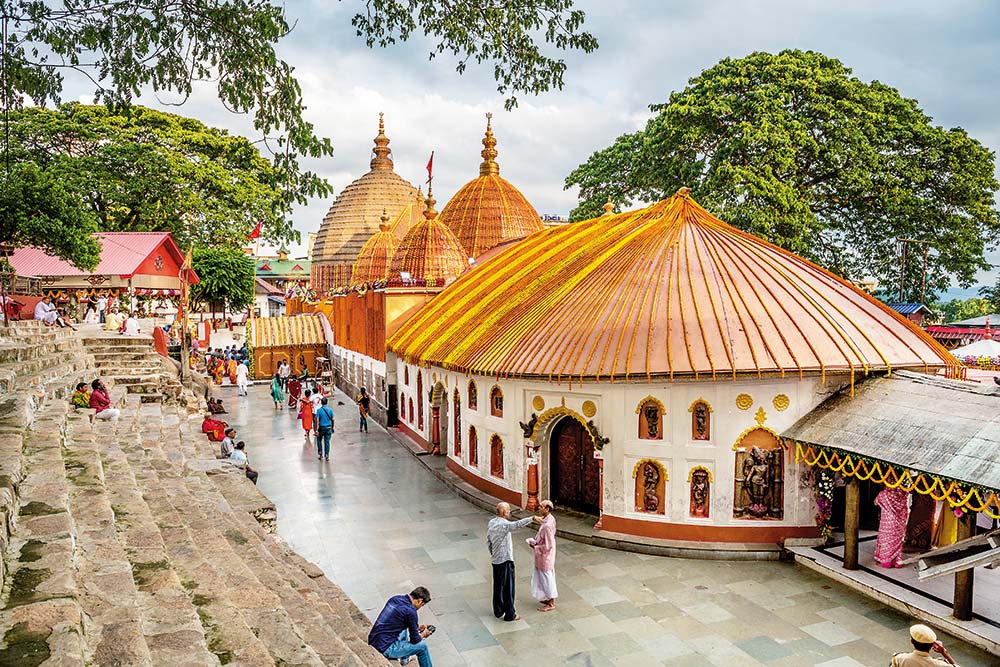 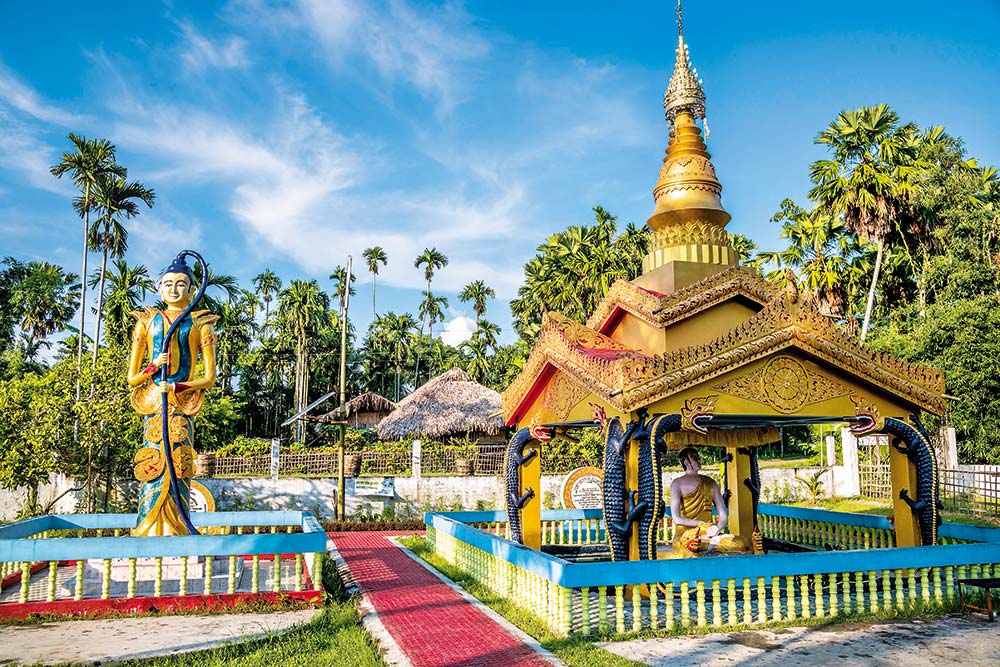 Assam is known as the land of devotion with some of the holiest shrines of Hinduism and other faiths present in the state. As per legend, this land was considered so holy in ancient times, that Kamadeva—the God of Love in Hinduism after being burnt to ashes by the curse of Lord Shiva when he offended him- is said to have regained his original form after doing penance in the mountains of Assam. Hence this place got the name ‘Kamrup’, because Kamadeva got his roop, or beauty  back here. Also, the soul of Assam is the pious Brahmaputra, the river with a mythological connection. The very name of this river translates to the son of Lord Brahma, the creator of the universe in Hinduism. The epic Mahabharata  too mentions an ancient king of Assam by the name of Bhagadatta and his association with indigenous silks. Bhagadatta was the son of Narakasura, who as per legend, had established and named his capital which we now know as the ancient  Pragjyotishpura .