For now, the deal is between two parties. The spirit of accord, though, may widen. 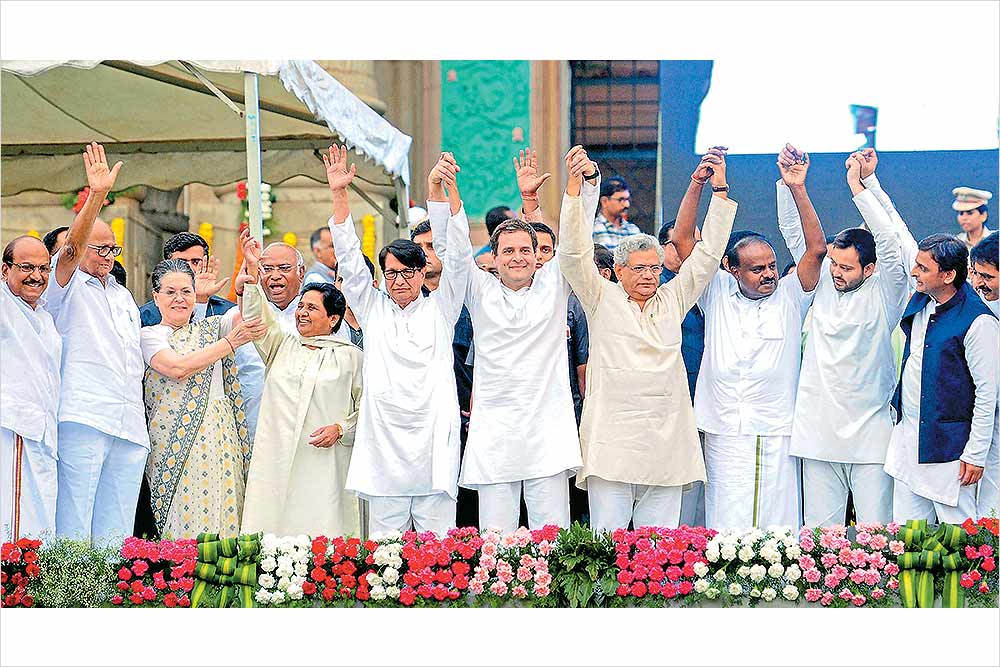 At the end of a long week in politics, you couldn’t miss some patterns—none of the three times BJP leader B.S. Yeddyura­ppa became chief minister of Karnataka had been a cakewalk for him. So it has been with his nemesis too, H.D. Kuma­raswamy who is now the state’s new ruler. And, after the ­seven-day poli­tical scramble in the wake of a split poll verdict in the state came a star-studded swearing-­in ceremony that is raising opposition hopes for the big Lok Sabha battle next summer.

Not since 1988, when various Janata Parivar leaders came toge­ther to form the Janata Dal has there been a similar plank in Bangalore, says a senior Congressman. Nor is the timing any less significant: the Modi government steps into its fifth year this week. The political heft at Kumaraswamy’s inauguration—Sonia Gandhi, Mamata Banerjee, N. Chandrababu Naidu, Sha­rad Pawar, Mayawati, Akhilesh Yadav, Tejashwi Yadav, Sitaram Yechury, Pinarayi Vijayan, Arvind Kejriwal, Ajit Singh—was obvious enough. Yet, like 30 years ago, when Janata...