Closing Out An Innings 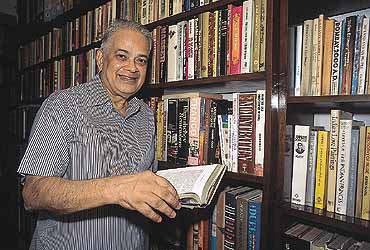 outlookindia.com
-0001-11-30T00:00:00+05:53
One of the attractive features of M.V. Kamath’s book is its basic approach, encapsulated in its title, A Reporter At Large. He edited the now defunct Illustrated Weekly of India for three years and was a foreign correspondent in the United States and Europe for a third of his distinguished career spanning six decades. And yet he chronicles and comments upon the march of history in India and the world as well as in Indian journalism (or should we call it the "print media"?) with the zest of a reporter. Remarkably, the illustration on the cover is not that of a state-of-the-art computer but of the nearly extinct manual typewriter. This is symbolic of his firm adherence to the old values he imbibed on joining the troubled but exciting trade a few years before Independence.

As Kamath’s regular readers already know, he has the gift of lucidity. He is also astonishingly prolific. His present book—less than an autobiography but more than a memoir—is his 36th. Among his other books are several biographies, including one of Henry Kissinger, and a much-acclaimed...