Clay Is Not China 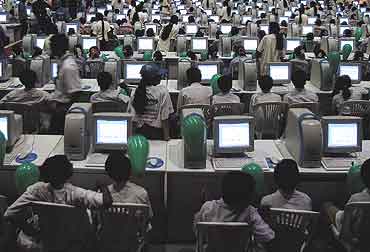 outlookindia.com
-0001-11-30T00:00:00+05:53
In the corridors of international power, there is a new discourse emerging. It is about the inexorable rise of China and India. Neither ascent is viewed as certain, but the odds are high that both nations, desperately poor until recently but now showing signs of economic dynamism, will acquire "seats at the highest table" before long. What is driving this perception? What can derail the predicted ascent?

As far as India is concerned, the rationale for the current discourse is founded on three factors: nuclear capability, democratic resilience and economic dynamism. But there are two imponderables—mass destitution and communalism—that can halt and delay India’s rise.

Let us begin with the notion of national power. What does it mean to be powerful in the international system? Though power has many forms—including ‘soft power’, communicated through political ideals and cultural appeals—nuclear weapons have remained the bedrock of national power in international relations since their birth. Moral conduct, ideals and...