‘Robinhood of Bihar’? DGP Gupteshwar Pandey rides on the fame he got with the Sushant Singh Rajput case. Coming soon: a music video…and a political career? 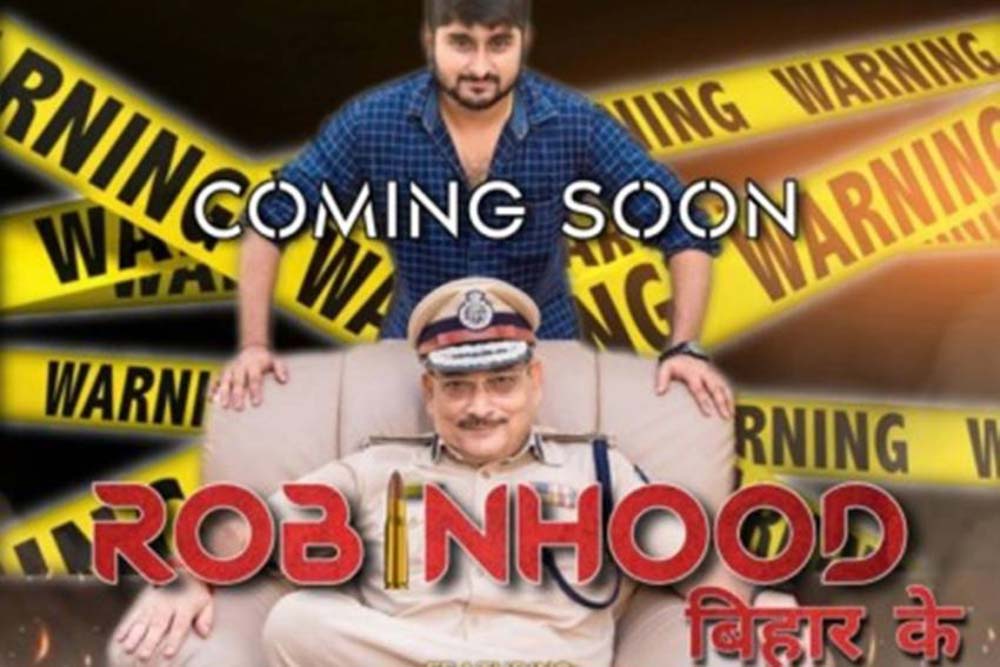 Thana mein baithe on duty/Bajawein haye Pandeyji seeti. Gupteswar Pandey may not exactly whistle on duty but he is all set to make a song and dance of his newfound fame as the ‘Robinhood of Bihar’ much like Chulbul Pandey, the singing-dancing cop played by Salman Khan in Dabangg 2. Pandey, the Bihar Director General of Police (DGP), is all set to feature in a music video by Deepak Thakur of Bigg-Boss fame. The video will be released on September 20.

The police chief has been in the spotlight in the Sushant Singh Rajput case, most famously for his vitriolic criticism of Mumbai Police for “ill-treatment” meted out to a team of Bihar Police which had gone to the Maharashtra capital to probe the case. A  1987 batch IPS officer, Gupteshwar Pandey has a huge fan following on social media—he has 7.7 lakh followers on Facebook and 2.5 lakh followers on Twitter which he joined only in April 2020.

A teaser of the music video, titled ‘Robinhood Bihar ke’ in Hindi, shows the police officer in full police uniform and dark sunglasses, as he crosses his legs sitting on a chair. The teaser also refers to the Bollywood movie with a tagline that says, “The real definition of Dabang”. Pandey was not available for comments.

Deepak, who hails from Muzaffarpur district, had shot into fame when he reached the finals of Bigg Boss Season 12, hosted by actor Salman Khan. Deepak has composed and sung the song. “I have known Gupteshwar Pandey uncle since 18 years. He is the person who helped me complete my schooling,” says Deepak. “He has also played an important role in the Sushant case. The central agencies are now investigating it only due to initiative of Bihar police to ensure justice to the late actor and his family,” he says.   “

Deepak justifies the music video saying that the Bihar DGP is a “humble man” despite holding such a top position. “Through this song, I am only highlighting whatever he has done. He is truly a Robinhood of Bihar.”

Pandey was appointed DGP before the 2019 Lok Sabha elections. Earlier, he served as the Superintendent of Police (SP) of several Maoist-affected districts and  as DIG of Munger and Muzaffarpur.

Hailing from Buxar district, Pandey had once tried his luck in politics. It is said that in 2009, he wanted to contest the Lok Sabha from Buxar on a BJP ticket. Pandey had even submitted his resignation from IPS in anticipation of getting the ticket but he did not get it, as the BJP chose to field its veteran leader Lamuni Choubey from there. It lost the elections and Pandey went back to resume his police duty a few months later since his resignation had not been accepted till then.

Pandey’s term will end in February 2021 and there are speculations that he may join politics after retirement. Deepak says if Pandey joins politics, it will be good for the state. “Politics needs a person like him. We have very few leaders of the state, who are well educated.