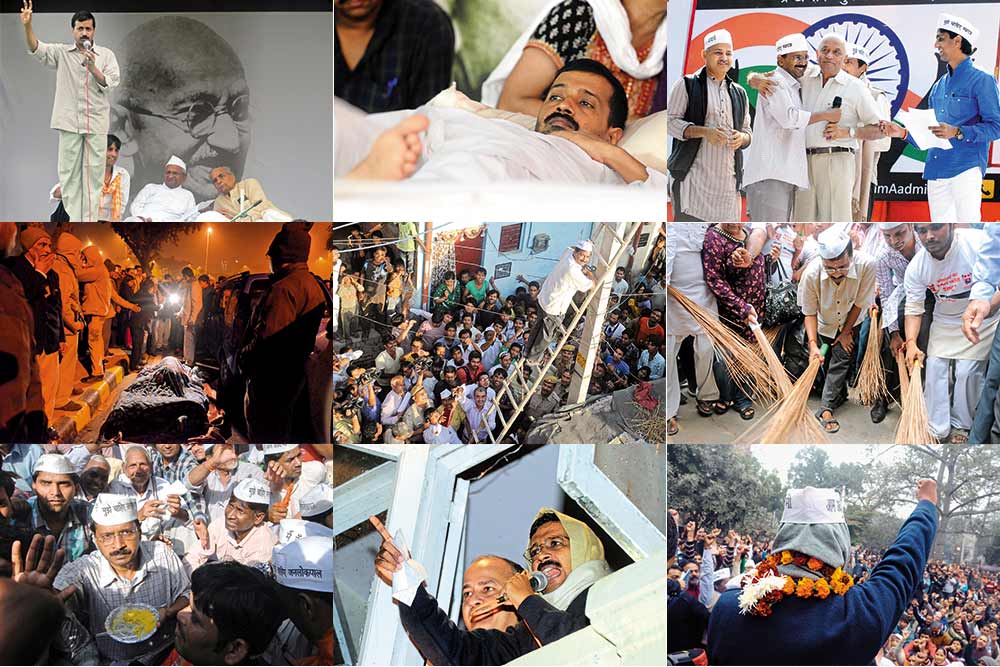 It is September 2013 and the rickety WagonR begins its slow ascent up the Barapullah flyover in Delhi. In the front passenger seat is Arvind Kejriwal, who is citing the Aam Aadmi Party’s survey to scoff at those who have predicted a distant third spot for his party in the Delhi Assembly elections of December 4. “The Aam Aadmi Party will form Delhi’s next government,” Kejriwal says. The car grumbles as it negotiates the incline, as if to mock his certitude.

Just as the WagonR can’t trump an SUV, so it was assumed that AAP couldn’t beat the Congress and the Bharatiya Janata Party. A national daily’s bureau chief predicted AAP would...