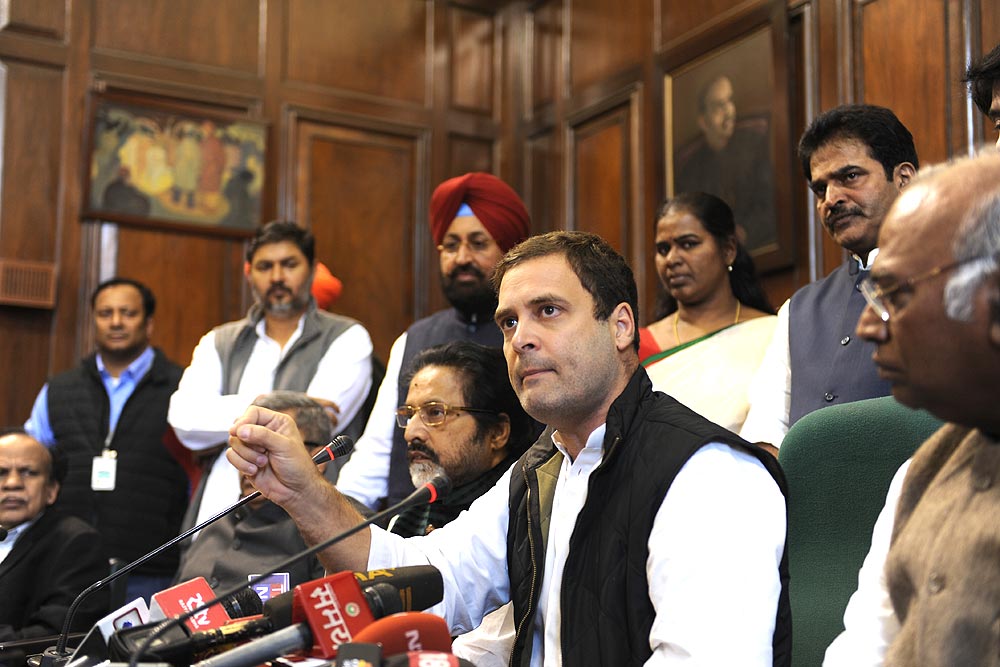 Rahul Gandhi, in a span of two days, went from predicting a presumptive “earthquake”, if he were to open his mouth, to making tectonic claims about Prime Minister Narendra Modi’s “personal corruption”. While everyone waited for the tremors, the Congress vice-president chose not to reveal whatever information he had, apparently opting for the safety net of Parliament to speak up. An MP has immunity against defamation for whatever char­ges he/she makes in the House.

The corridors of power and Congress headquarters were buzzing with speculation about the information Rahul had—from documents “corroborating” details given in the Sahara and Birla diaries that even chief minister Arvind Kejriwal had raised in the Delhi assembly to some ‘incriminating audio clips’ referring to huge amounts of cash being deposited in banks before the November 9 demonetisation.

On December 14, soon after the Lok Sabha was adjourned for the day, Rahul dropped the bombshell. The usual phalanx of BJP leaders tried to make light of...