Definitely most unwarranted -- the sense of humour reaches a new low. 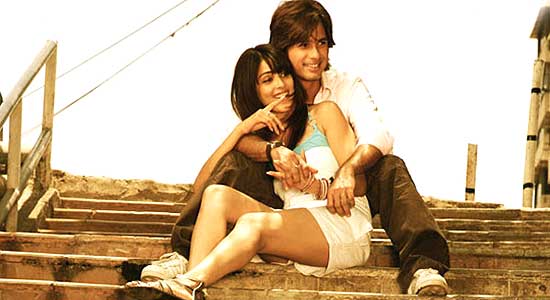 Chance Pe Dance starts a new trend in Bollywood. The most popular (an irritatingly uptempo ‘Pein Pein Pein Pein’ or whatever it is) ditty does not appear as a music video with the end credits (as in Bunty Aur Babli, Slumdog Millionaire and the rest) but plays out right at the start, even before the opening credits begin to roll. That’s actually quite thoughtful of the filmmaker; the audience could well watch their fave song and head back home considering the film has little else to offer.

Of course, there is the newly popular and severely-muscled Shahid Kapur to ogle at. Built entirely around him, the film is the nth one on the...