CBI-Kolkata Police Face-Off: Can Mamata Establish Herself As Leader Of Mahagathbandhan? 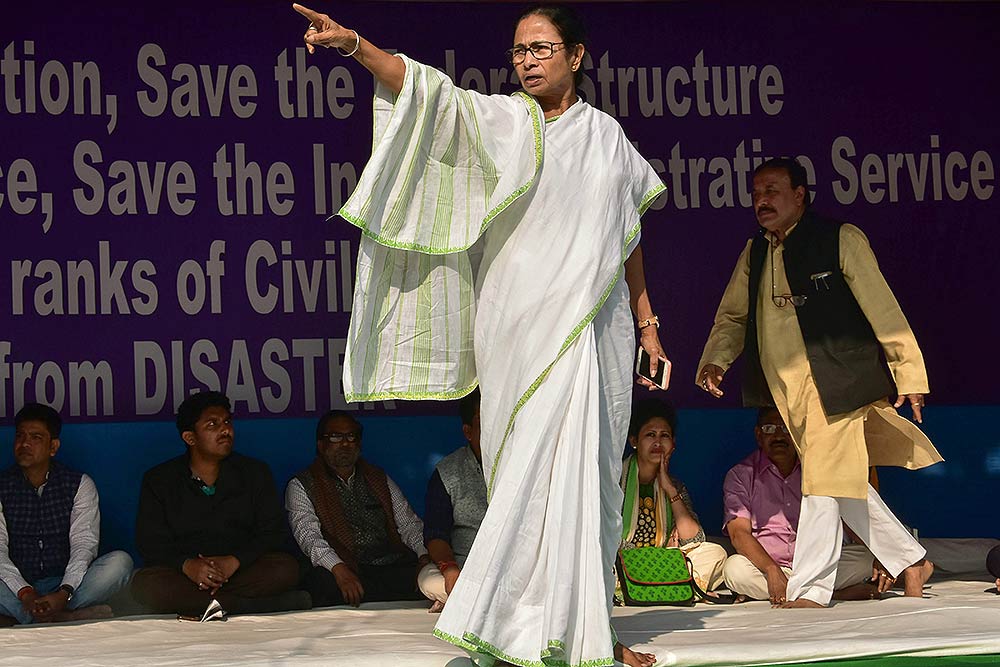 Didi Says No
Mamata pitched her fight as one to ‘save the Constitution’
Photograph by PTI
Bhavna Vij-Aurora February 07, 2019 00:00 IST CBI-Kolkata Police Face-Off: Can Mamata Establish Herself As Leader Of Mahagathbandhan?

For Mamata Banerjee, the way to Writer’s Building—office of the West Bengal CM—and now Nab­anna, the temporary seat of gove­rnance, had gone through the corridors of Rail Bhavan. Una­pologetic about using her two stints as railway minister for her state, new trains, railway lines and projects for Bengal went into the making of her highly emotive ‘Ma, Maati, Maanush’ campaign that ended the 34-year Left Front rule. Eight years since, as she takes on the Narendra Modi government to “save the Constitution”, she seems to be looking at catapulting herself to the PMO in Delhi from Esp­lanade in Calcutta—site of her three-day sit-in against CBI “highhandedness” and a “saffron attack” on Bengal.

Claiming moral victory, she called off the protest after the Supreme Court forbade the CBI from arresting Calcutta police commissioner Rajeev Kumar and ordered him instead to be available for questioning regarding the chit fund scam. The scam that involved Sharada, Rose Valley and some other players...