Cash-For-Votes That Marred An Election

RK Nagar leaves a dirty spot on Tamil Nadu’s poll scene, signalling it’s all about power to the moneybags 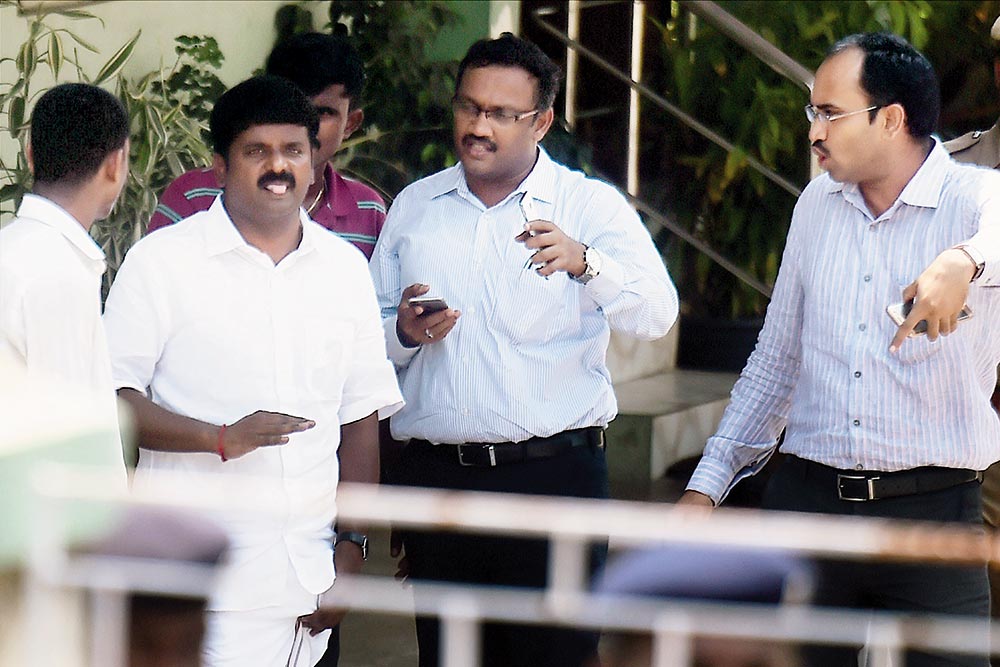 Fully Loaded
C. Vijayabaskar (2nd fom left) during an IT raid at his house
Photograph by PTI
G.C. Shekhar April 14, 2017 00:00 IST Cash-For-Votes That Marred An Election

Byelections in Tamil Nadu are usually listless affairs. The victory of the ruling party is a foregone conclusion like a fixed cricket match. But this one was made—and unmade—by lists. But for the Election Commission (EC) showing the red card at the last minute, the lists would have hijacked the RK Nagar byelection.

And as lists go, these should count as unique. They had the names of all the top ministers of Tamil Nadu, including the chief minister. Against their names were columns that showed number of voters under their charge and the amount to be distributed among them.

Any doubts about what the list was dispelled by one look at the top. There was a small photo of Jayalalitha next to the heading—“RK Nagar Assembly Bypoll 2017 candidate T.T.V. Dinakaran, deputy general secretary”—and below that “Election Committee”. When the inc­ome tax (IT) authorities chanced upon this list, they realised they had stumbled upon an unexploded bomb in Tamil ­Nadu’s well-entrenched “cash for votes” scam....