Canons To The South

Includes stories from an earlier generation of writers who are no more and ignores the new generation that's registered a strong presence in the last one or two decades. 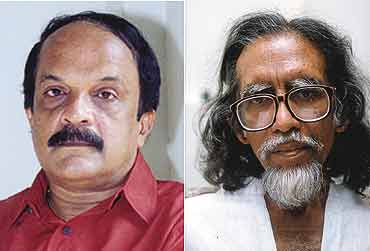 outlookindia.com
-0001-11-30T00:00:00+05:53
Anthologies are of two kinds: ones that tread familiar ground, follow the canon and make a selection from the well-established, and others that take risks by exploring new ground, break or alter the canon and introduce new writings to which the readers’ response is not yet clearly known. This anthology belongs to the former category. Quite a few of these stories, like Thakazhi Sivasankara Pillai’s In the Floods, Lalitambika Antharjanam’s The Goddess of Revenge, O.V. Vijayan’s After Hanging, T. Patmanabhan’s The Death of Makhan Singh and Paul Zacharia’s Bhaskara Pattelar and My Life have featured earlier in English in anthologies or individual collections while the rest of the authors from Vaikkom, Karoor Neelakanta Pillai, Mohammad Basheer and M.T. Vasudevan Nair to M. Mukundan, Sarah Joseph and N.S. Madhavan have already won national recognition and been translated widely.

However, it does reflect the growth of the Malayalam short story over the last 60 years. There’s a variety of themes and forms. So there is the story...