Can Opposition Parties Put Up A Credible Alliance To Take On BJP?

Most of the opposition leaders admit that they prefer state-wise alliances rather than a national alliance to strengthen their cadre base. Post-poll strategies could be worked out depending on the numbers, they say. 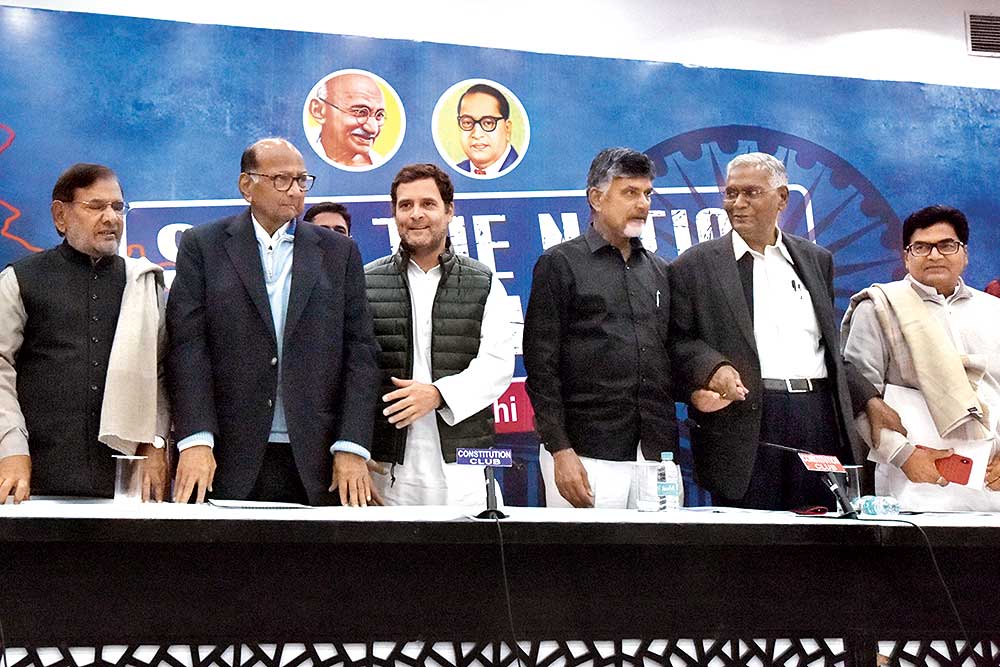 Divided We Stand
Opposition leaders at a unity rally in Delhi.
Photograph by Getty Images
Preetha Nair February 20, 2019 00:00 IST Can Opposition Parties Put Up A Credible Alliance To Take On BJP?

A day before Valentine’s Day, a rather curious love story was taking shape in Parliament. Congress lawmaker Adhir Ranjan Chowdhury went hammer and tongs at the Trinamool Congress over its alleged involvement in the Saradha chit fund scam and the comments left Bengal chief minister Mamata Banerjee, who was also present in Parliament House that day, furious. “I won’t forget it,” Mamata was quoted as saying when she met former Congress president Sonia Gandhi. Gandhi was quick to pacify the mercurial Trinamool supremo. “We may acc­u­se each other but we are still friends,” Sonia told the chief minister.

Hours later, Mamata joined Congress leaders among others in a rally, ‘Save the Constitution’, and declared that her party was ready to be part of a united Opposition to take on the Narendra Mod-led BJP in the Lok Sabha polls. The same day, Mamata attended another Opposition meeting along with Congress president Rahul Gandhi at the house of Nationalist Congress Party (NCP) leader Sharad Pawar. The agenda was the same:...