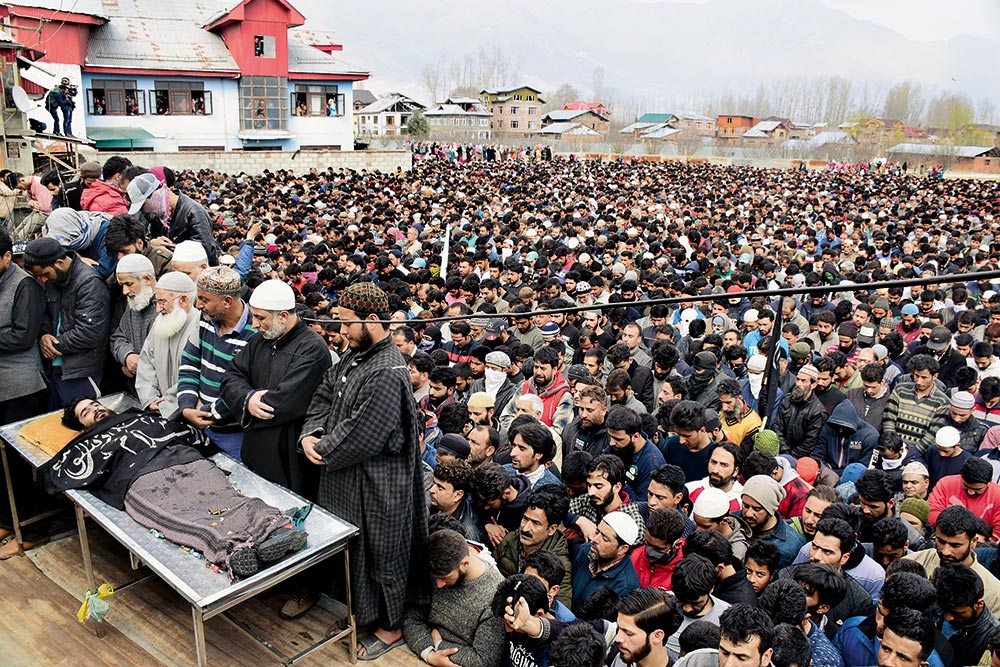 On the evening of March 11, three militants were killed during a cordon-and-search operation at a hamlet on the outski­rts of south Kashmir’s Anantnag town. Along with Eesa Fazili of Srinagar and Syed Owais Shafi of Kok­e­r­nag, the police statement referred to a militant whose identity was then ­being asc­ertained.

There was no mention, however, of the org­anisations to which the militants were affiliated. Three days later, the third militant was identified as Mohd Taufeeq, 26, from Telangana, who had allegedly been in the Valley since...