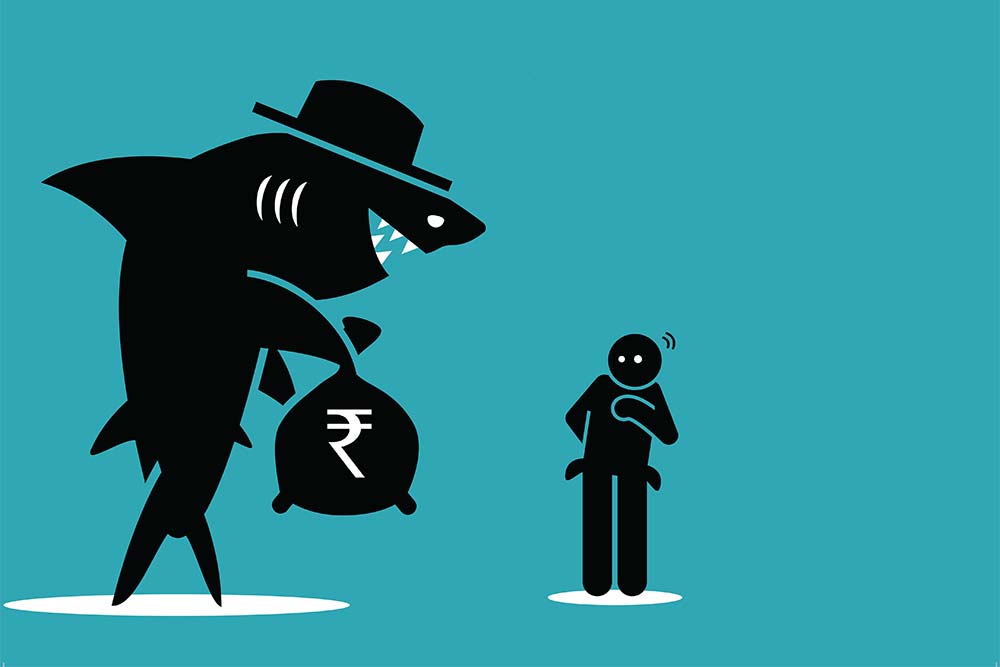 Telangana: Agriculture extension officer K. Mounika ends her life after her photograph was released on social media and WhatsApp groups for defaulting on her loan taken through an instant credit app. She was 24.

Kerala: Mother of two Swapna, 32, and her younger daughter, just two-and-a-half, die after consuming poison. Her elder daughter, 11, is battling for life in a hospital. Swapna was shamed and harassed for defaulting on her loan.

These are but mere statistics in a nightmarish world of the predatory loan shark; ordinary people who were scammed by creditors that deal through mobile and digital app-based operations. The ruthless creditors dug into the live bodies of the victims, and tore them apart. Some died, and the rest were scarred for life. Only when the dead were found scattered across the country did the ones who were alive, who should have done something,...