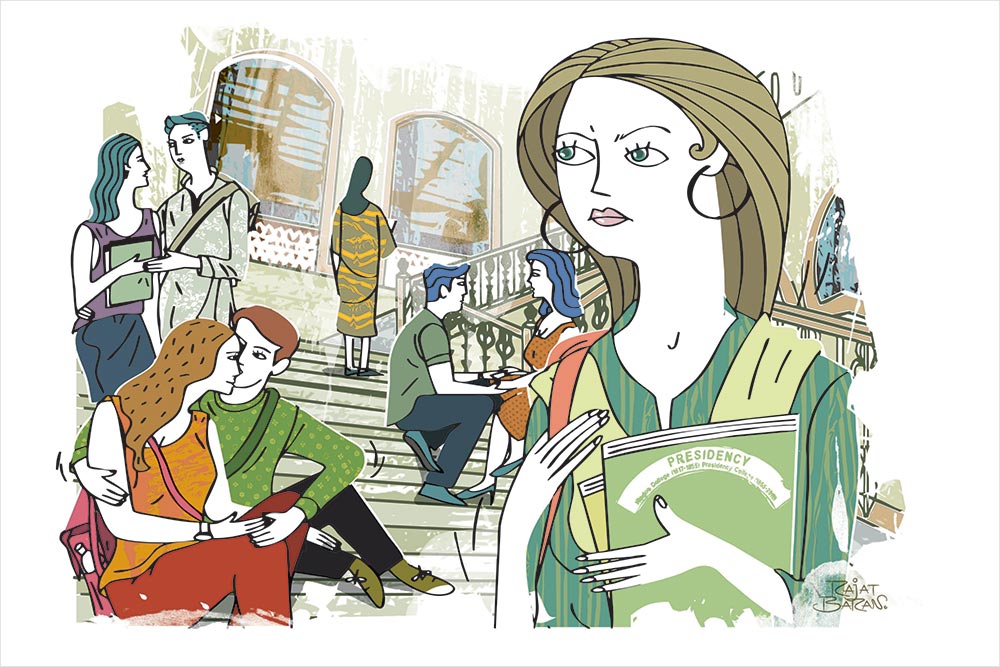 The August I joined Presidency College to study English literature, hoop earrings had just made a comeback in Calcutta. The rain had left the city damp with optimism, and I found myself newly released into its streets, into the world in fact, a born-again of sorts, freed not only from the technicalities of calculus and chemistry and the burdens of growing up an ever-chaperoned only-child, but also from the proprieties of my all-girls’ Methodist school—the skirt had to be at least two inches below the knee, if one’s hair surpassed one’s ears by two inches it had to be tied into a ponytail, and earrings, if at all, should be at most a comma punctuating the earlobe, nothing dangly or fiddly or dressy was to be countenanced. Naturally, the many freedoms of my new institution dazzled me at first.

Sprawling, and a little ecc­entric, with just the right amount of dust to cast my memories in sepia—“Uff, our college had so much character,” I would tell my own students years later—Presidency loomed over College Street, which was...