Taka Talks In A Tailored Suit 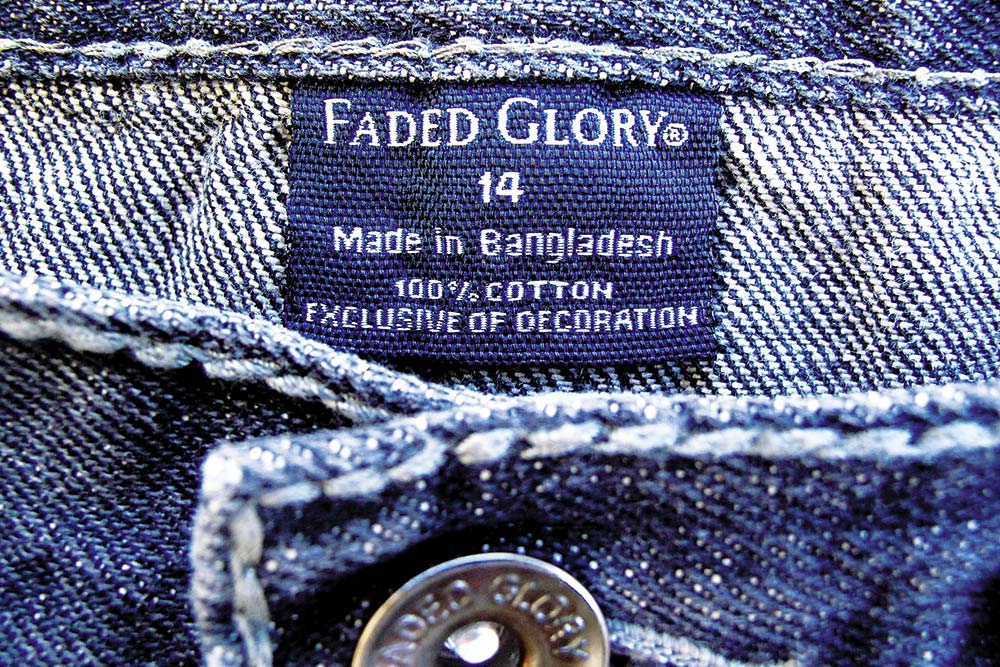 Bangladesh brought a big surprise to the world economy when the IMF released the World Economy Outlook in October 2020 to show an extraordinarily accomplished performance of the economy over the past five years. The stunning news revealed that Bangladesh is expected to outpace India in securing higher per capita income in 2020 if certain conditions are fulfilled. Scores of sharp responses flooded the arena of the global debate and dispelled the claim of the IMF on the ground of unrealistic assumptions. It is argued that the methodology used for the construction of the time series data is based on the current market exchange rate, which may have distorted the growth projection of the country.

Whatever may be the nature of debate relating to Bangladesh, nobody can deny the robust growth of the country since 2004, despite re-occurrence of endogenous and exogenous shocks to the economy intermittently. In the seminal work of Goldman and Sach in 2007, Bangladesh was projected as a high potential economy under the category of “N-11”. The same institution anticipated the BRICS nations as the fut­ure global leaders in terms of their economic acc­omplishment, leading to the bloc’s formation in 2006. Similarly, HSBC also predicted Bangladesh as the 26th largest economy of the world by 2030. Whatever statistical juggleries used in the present deb­ate surrounding Bangladesh, the economic achievements of the country cannot be overlooked.

ALSO READ: And Thus A Desh Was Born

The country had chosen to embrace the liberalisation path to shape its export as the driver of economic growth. The resource-poor country embarked on a few sectors to start exploring the world economy through exports. Though the country is neither self-reliant in the production of staple cotton fibre nor production of fabrics, it could successfully emerge as a global leader in the export of garments. The country could effectively use its LDC status to access the European Union and the US markets till the present day. Besides exports of garments, robust growth has been observed in the export of fish and pharmaceutical products. The high-value fish species Hilsa is well-associated with the export basket of the country. In Bangladesh, microfinance has played a crucial role in the financial management of the economy and laid the foundation of inclusive growth in the country. The world has witnessed operations of large non-government organisations in diverse sectors to support the government efforts to alleviate poverty. Efforts of the country in social sector development, particularly the empowerment of women, are commendable over the past several decades.

Surge of Bangladesh as a dynamic economy continued to be robust for the past one-and-a-half decade with strong macroeconomic fundamentals. However, maintaining macroeconomic stability is a Herculean task as the economy is facing mounting challenges such as severe floods, crop failure, rising global petroleum prices, low confidence of inv­estors, weak infrastructure etc. With the onset of global buoyancy in the first half of 2000, Bangladesh started its journey as a fast-growing economy since the early 2000s and the country never looked back. The high growth profile of the country was never interrupted since 2004. During 2008-16, particularly in the midst of the global recession, the growth rate was 6 per cent or above without any disruption during the period. With the deepening of the global rec­ession, the growth rate was oscillating between 7 and 8 per cent a year. This was due to supply-side growth, mostly propelled by the key sectors, including manufacturing, agriculture and construction. Buoyancy in the domestic economy was mostly supported by rising rural income, strong private consumption, rise in remittances and robust domestic demand. But the biggest strength of the economy has been the export sector, which was supported by macroeconomic stability. Stable inflationary situation, high public investment, inc­rease in the flow of remittance, rise in wage rates, surge in public expenditure, etc., contributed macroeconomic stability of the nation.

ALSO READ: How The West Was Won

Since Bangladesh embarked on exports to take the economy on a high growth trajectory, it changed the thrust of its trade policy in quick succession. While the export policy for 2015-18 foc­used on consolidation of its position in the global economy, the export policy for 2018-21 targeted its exp­ort proceeds at $60 billion in 2021. Bangladesh transformed its trade regime from a highly inward-oriented economy to a more liberalised economy in the late 1990s. In 1994, the simple average tariff and import weighted tariffs were 82.8 per cent and 77 per cent respectively. But the corresponding figures declined significantly to 26.7 per cent and 22.1 per cent in 1998, res­pectively. The Trade Policy Review Report of the WTO stated that applied MFN tariff declined marginally between 2011-12 and 2018-19. About one-fifth of the country’s product lines were bounded and a huge gap persisted between app­lied and bound MFN rates in 2018-19. In selected segments of the agricultural and manufacturing sectors, there were high levels of protection. Less than 5 per cent  of tariff lines were duty-free, mostly in essential sectors like agriculture and medicines. As an LDC, the country has been engaged in liberalisation, keeping the interest of the domestic producers. During 2004-19, the country’s exports and imp­orts expanded in a balanced manner and registered a five-fold rise.

ALSO READ: To The East We Went and Won It For Them

Like many countries in South Asia, Bangladesh rem­ained a trade-deficit nat­ion with the rest of the world and its trade imbalance inflated from -$4 billion in 2004 to -$19.4 billion in 2019. From its total trade deficit, 95.9 per cent were concentrated by China and India. In comparison with India, Chinese bilateral trade surplus expanded rapidly and India shared just half of the Chinese trade surplus with Bangladesh in 2019. As a friendly gesture to support Bangladesh in capping its trade deficit and having wide market access to its territory, China ann­ounces tariff concession of 97 per cent of its export items, irrespective of the fact that whether Bangladesh has supply cap­acity or not. Under the Chinese government notification, Bangladesh is exp­ected to gain market access to total tariff lines of 8,256 items in China. China has already confirmed market access to 3,195 items under the Asia Pacific Trade Agreement (APTA) and,   therefore, to provide market access to another 5,161 items under the new arr­angement. After securing preferential market access of over 3,000 products in the Chinese market under APTA, Bangladesh could exp­ort $0.6 billion worth of goods with the bilateral trade deficit of $12.7 billion in 2019. What could be the size of the bilateral trade deficit after getting additional market access to over 5,000 items? India has alr­eady extended market acc­ess to Bangladesh to the extent of 98 per cent of its tariff lines in April 2015, inc­luding 28 other LDCs. India also freed 3,142 items of Bangladesh under APTA and a large number of tariff lines under South Asia Free Trade Agreement (SAFTA). After accessing trade preferences from several sources of India, bilateral export of Bangladesh was $1 billion to India in 2019.

India’s bilateral trade relationship with Bangladesh has been more balanced as compared to China. According to the UN, India’s import from Bangladesh registered more than 17-fold rise and export by five times during 2003-19. This has caused the bilateral deficit of Bangladesh to rise by four-and-a-half times during the same period. While bilateral export of Bangladesh covered 14.5 per cent of its bilateral imports from India, the corresponding figure for China was just 4.5 per cent in 2019. However, the gap between bilateral export and imports of Bangladesh has been dec­lining steadily with India since 2004. Such bilateral trade gap between Bangladesh and China rem­ained unchanged in the past one-and-a-half decade. Bangladesh’s exports to India were concentrated in sectors like animal products ( leather and footwear), , garments, and processed food. The bulk of exports was in final consumer goods followed by semi-processed and primary products in 2019. Exports from  Bangladesh dominated areas like low techno­logy-intensive products and res­ource-based products. The country’s medium and high technology intensive export to India has been gaining grounds in recent years.

ALSO READ: All Boots Lead To The Sugar Bowl

With mounting bilateral trade deficit and meagre size of exports to China, it is a major concern for Bangladesh to check the outflow of resources and augment the flow of investment from China to compensate for the trade gap. To embrace Bangladesh into the Belt and Road Initiative (BRI) community, China off­ered trade concessions on July 1, 2020, and raised the number of tariff-free products to 97 per cent of their tariff lines. Bangladesh signed 27 MoUs with China in 2016 to attract an investment of $24 billion. Several joint ventures with Chinese companies would make Bangladesh as the second-largest recipients of inv­estment under the BRI programme in South Asia after Pakistan.

It may be noted that Sri Lanka lost its sovereign rights over Hambantota port for 99 years due to its inability to repay the loan to China. Experiences of several countries indicate that BRI loans are often non-transparent, secretive, non-competitive and politically interfering in nature. Series of instances have come to the public attention where these projects are discarded or trimmed down to reduce the size of the pre-app­roved budget under BRI. Malaysia is the first case where the initial proposal of the East Coast Rail Line was signed by the Najib Razak government in 2017 and was suspended by the Mahathir Mohamad government in 2018 on the ground of unaffordability. After renegotiation with the Chinese, the project cost was scaled down to $10.7 billion. Similarly, the construction cost of 1km of railway project was de-escalated by 28 per cent. A similar approach was undertaken by the Thai government to lower its project costs. The strategy of Malaysia did not work for others, including Pakistan, though some countries tried to materialise it.

This is a good lesson for the new entrants to the BRI community. From the promised investment of $24 billion, $981 million was disbursed by China in July 2019. Bangladesh already scrapped the Dhaka-Sylhet highway project on the ground that a Chinese company paid bribes. Though the debt situation in the country is stable, Bangladesh is facing the downside risk of getting into ‘Chinese debt-trap diplomacy’. Debt sustainability of BRI projects are widely debated in the country, but it is argued that Bangladesh cannot be put on a high-growth trajectory with the support of development assistance. Therefore, a hard decision has to be taken to ensure Bangladesh grows as a developed economy. Future will speak about the prudence of the decision to join BRI despite having other options to go to multilateral and regional financial institutions like World Bank, IDA, ADB, AIIB, DBI etc for infrastructural loans.