The rot in the vitals of the Indian economy is much deeper than what is discernible from outside. The government's policies are squarely to be blamed, writes Congress MP Manish Tewari. 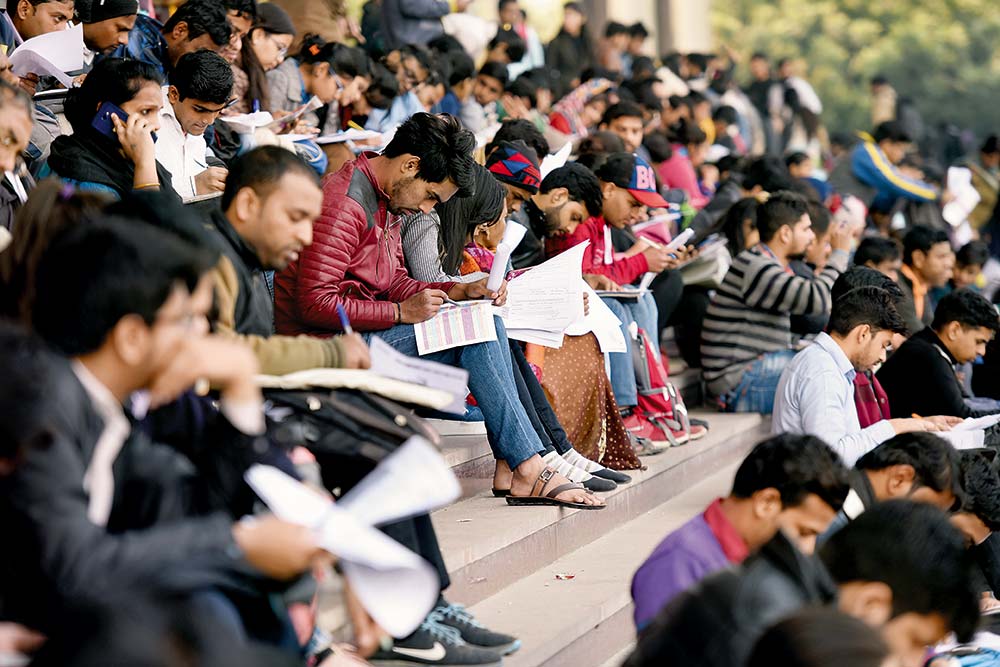 The Long Wait
Candidates at a job fair in New Delhi
Photograph by Getty Images
Manish Tewari September 19, 2019 00:00 IST OPINION | Lynchings In The Name Of Cows Scaring Away The Global Investment Bulls

Ministers of the BJP government are at pains to underscore that the fundamentals of the Indian economy are “strong”.  Investment, consumption, savings and employment constitute an economy’s fundamentals. In India’s case, all these parameters are signalling grave distress. A combination of poor policy choices with the continuous and systematic dismantling of India’s institutions has led to the current impasse. The slow meltdown of the Indian economy is a project that has now been in the works for  five years.

India’s nominal GDP is $2.61 trillion and is growing at 5 per cent—the slowest pace of growth in six years. The Index of Industrial Production of the manufacturing sector grew by 1.2 percent in June 2019, as compared to 6.9 per cent in June 2018. The manufacturing sector’s growth during April-June 2019 was 3.1 per cent as compared to 5.1 per cent during the corresponding period of the previous year.