The Covid pandemic has triggered tectonic shifts in the job market. And recruiters are looking for people who can adapt and learn quickly. 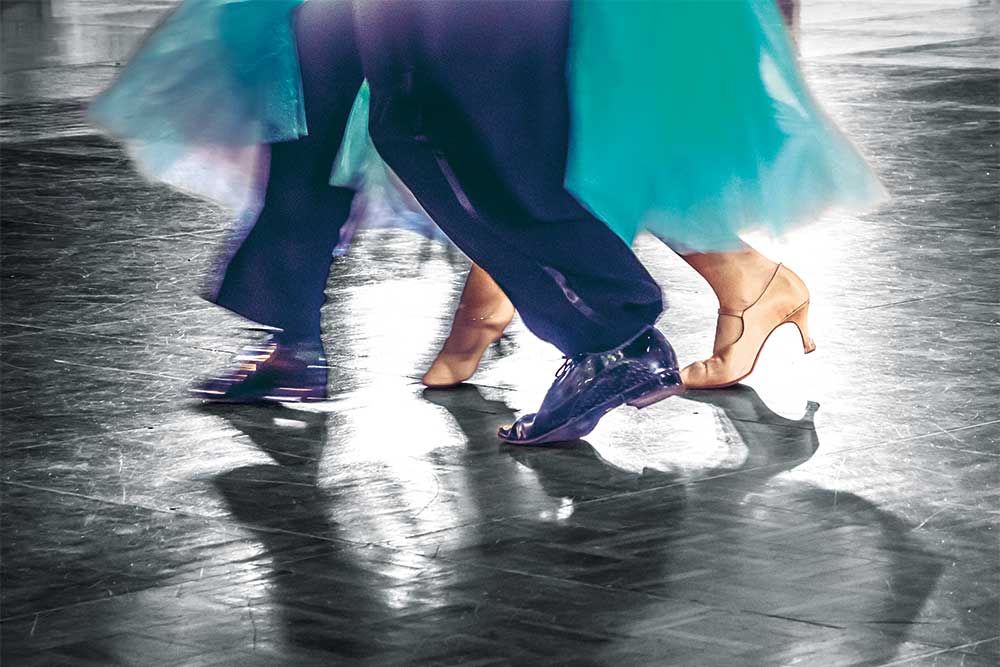 The confusion keeps multiplying. There is no clarity as yet on the behaviour of the coronavirus as several nations are gripped by a second wave. No one is even sure whether India has achieved the peak of the first wave. In addition, the vaccine or cure may still be months away. The global economies hobble along, even as policymakers, despite their optimistic statements, have little clue about the timing or nature of the recovery. Uncertainty rules, even as people, confidently or stupidly, troop out of their homes.

China is possibly in the midst of a V-curve, or an accelerated upturn. The West may be plagued by a U turn. India may tumble, revive, hop, slip, and finally jump in what is being dubbed as a wonky W-curve. In such a case, the huge fall in growth is followed by a slight resurgence, another slide-back, and a more consistent rise. Similar trends were visible across sectors in the country. A few rebounded, but many rem­ained in a paralytic slumber. Some showed signs of green shoots.

If you are in the final year of MBA, or without a job, or a seeker of a new one because of a salary cut, or one who simply wishes to enter the job market after a hiatus, remember a crucial lesson. Work, as you know it, has changed, and so has its future. Digest these few realities before you begin your new tryst with employment. Although temporary, contractual, and outsourced employees were among the first ones to be sacked in the past few months, the use of “contingent workers” will expand.

ALSO READ: A Job Of Work (From Home)

Gartner Inc, a global think-tank, feels companies will recruit such employees to “maintain flexibility in workforce management”. This will be complemented by talent-share, which can be across dep­artments in a firm, as also across firms. For those fortunate to be employed, and those who will have to look for consultancies, the new rule, states Gartner, will be “80 per cent pay for 80 per cent work”. “Our res­earch shows that 32 per cent of the organisations are replacing full-time employees with contingent workers as a cost-saving measure,” says Brian Kropp, vice president at Gartner. Such predictions co-exist with the feeling that contractual work may drop by 20 per cent. R.P. Yadav of Genius Consultants, a placement agency, is a firm believer. His firm red­uced outsourced staff by a similar percentage in the past months. It will be a case of different strokes for different sectors.

Look at the situation from the perspective of HR managers. They realise that the mayhem hit both good and bad workers. The former had to leave because they were expensive, and the latter because they were lazy. The truth, says Siddhartha Niyogi, managing director of o9 Solutions India, is that “there is a huge opportunity to hire great talent”. The HR wings can do it from a global pool due to the work-from-home culture. The world can be the new labour supply base without the controversies related to immigration.

Recruiters will demand new skills. One of them will be candidates’ comfort level with technology tools.

However, the recruiters will demand new skills. One of them will be the candidates’ comfort level with technology tools. Sadly, there are huge gaps between expectations and skill-sets. Says Dr Santanu Paul, co-founder and CEO of TalentSprint, which offers online learning programmes, “There are almost four million professionals in the IT sector, and only 1-2 per cent have taken the necessary advanced courses.” A recent report by IFTF, a think-tank that looks at the ‘future’, and Dell Technologies, a hardware giant, states that the future focus will be on skills such as problem-solving ability, out-of-the-box thinking, immersive learning, and collaboration. “This is perhaps where boot-camps have the biggest imp­act...They primarily...ensure that trained professionals are not res­tricted to textbook knowledge...(but) are ready for any paradigm shift,” the report said. We present snapshots of sectors that may create jobs in, and for, the future..

The IFTF and Dell report states that 85 per cent of the jobs in 2030 haven’t been invented yet. They will involve new skills, which will largely be driven by technology. The same trends will des­troy a couple of million jobs, and create new ones in similar numbers. Your future as a professional, whether you like it not, is tied to your expertise in knowledge-driven proficiencies. Since September, thanks to the COVID-19 crisis, large firms and MSMEs have focused on people with talent in IT and e-ena­bled services. “In IT, hiring is more competitive due to such demand,” says Yadav of Genius Consultants. “Even the small firms seek to adopt HR-tech, and there is a 40 per cent rise in enquiries from them. But their response time is longer,” exp­lains Kumar Mayank, CEO and co-founder, Zimyo. The other buzzwords: AI, data analytics, and cyber security.

In a bid to show Beijing its ‘right’ place, India banned dozens of mobile apps that were developed by Chinese companies and hugely popular among Indian users. This will force mobile owners to switch to existing apps, or seek new ones. It may give a fillip to app-makers, especially start-ups in the telecom space. New business models, and B2B partnerships and linkages and desire for new forms of ent­ertainment may add to the frenzy.

Recent sales of laptops, mobiles, and audio devices have hit the roof. This was due to the growth in the WFH culture. In the recent Flipkart’s ‘Big Billion Days’ sale, electronic items sold twice as many numbers compared to the previous year, and the growth in smart phones was a higher 3.2x. Buyers grabbed 11 headphones every second and an Apple Airpod every four seconds. More iPhones sold on Day 1, compared to the entire per­iod in the previous year, in a pre-Dusshera event by Amazon.

Between the pre- and post-Covid months, average shipments jumped by almost 40 per cent. Although this was driven by people’s inability to step out, the trend is likely to continue. Redseer Consulting has predicted three lakh new jobs in the e-commerce segment. The bulk of the hiring, or 70 per cent, will be by Amazon and Flipkart, and the remaining by logistics firms. Nearly 60 per cent of them will be involved in distribution, and the rest in customer services and warehouse facilities.

During the pre-Dussehra sale by Flipkart, digital payments jumped by 55 per cent compared to the previous year. The rise in categories such as lifestyle, beauty, home products, and mobile acc­essories, which are dominated by cash purchases, was three times the previous year. EMIs were a rage among customers. In a similar Amazon sale, two out of three people who opted for EMIs went in for no-cost (zero-interest) ones, and 75 per cent of EMI shoppers hailed from Tier-2 and Tier-3 cities. 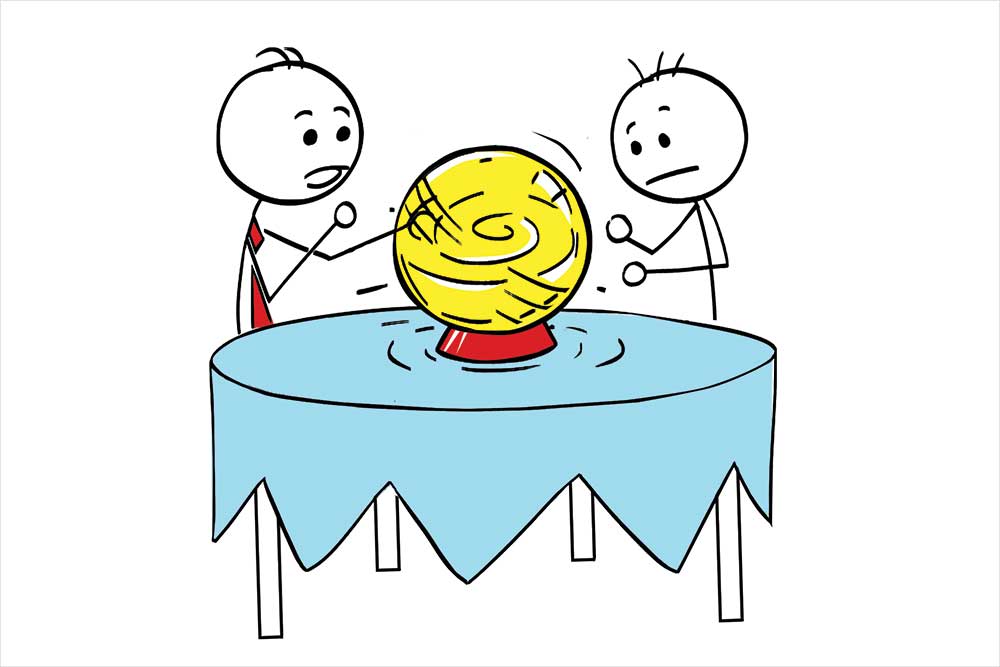 Although 5-10 per cent of graduates from agriculture universities bec­ome entrepreneurs, their numbers may increase in the near future. Dozens of start-ups have joined hands with aggregators and farmers producer organisations in the recent past. The trends towards innovations and out-of-the-box business models will accelerate because of the new farm laws. They will enable the larger players to invest huge amounts across the value chain—procurement, cold storage facilities, and supplies (physical and online retail). The entry of big companies will open up new markets, and fresh opportunities for job-seekers.

ALSO READ: Home Is Where The Office Is

Lack of jobs across sectors, firms’ keenness on consultants, and salary cuts may spur a boom in direct selling. Those, who opted out of the job market, may wish to supplement their families’ dwindling incomes through part-time options in pyramid-marketing firms. This will typically be the trend in Tier-2 and Tier-3 cities. Sujit Jain, CMD, Netsurf Communications, claims that his firm roped in “farmers, teachers, engineers, salaried people, housewives, college students, medical professionals, and owners of small businesses” as direct sellers. With sales staff of 3.15 lakh, Jain says revenues increased by 50 per cent between April and August compared to the same period the previous year. The new rules, he adds, are “efficient logistics, cutting-edge technologies, digital intelligence, and advanced analytics”.

There is a race among the central and state governments to offer free Covid vaccine. This implies that the medicine has to reach 1.4 billion people and, maybe, multiple times if the efficacy period is not more than a few months. The huge quantities will boost manufacturing in the pharmaceutical sector, which will create new jobs. Distribution and transport will be another key element of the Covid strategy. Governments will hire people for real-time monitoring of stocks as the vaccine needs to be stored at a certain minimum temperature. India has more than 43,000 cold chain points to handle the logistics of other vaccines. This may be enhanced for Covid. More cold storage transport may be added.

It was evident in the past few months that home and kitchen appliances flew off the shelves. In fact, according to Amazon, sales of microwave ovens and dishwashers witnessed significant jumps. They even went out of stock during the lockdowns as supplies came to a halt. There is a pent-up demand that may continue for a while. Similar trends were seen in the case of washing machines and refrigerators.

The demand for online entertainment shot up as social interactions diminished, and WFH culture intensified. Mobile and internet data usages shot up. Live streaming and online platforms thrived. This will continue, albeit at a lower scale, which is reflected in the recent sales of TVs and gaming equipment. Video consoles and accessories, along with newly-launched Xbox Series X were in demand. So were the new Fire TV Stick and Fire TV Stick Lite. Amazon claims that over 100,000 customers purchased them recently. The Echo Dot (third generation) and Fire TV Stick were among the top 10 products sold.

While some of us are reluctant to venture out now, many have decided to take the plunge. Fashion, especially clothes, emerged as the biggest buying passion for consumers. In the recent online festive sales, millions of people showed interest. They included people from across genders, and spread over 1,500 cities, who picked up items from 40,000 labels.Accessories too were in demand. This may be a reflection of a desire to move out in style despite the virus, or the psychological pressure to look good even when you are at home. Shopping, it seems, is the best medicine to ward off disconnect.

(With inputs from Ajay Sukumaran in Bangalore)