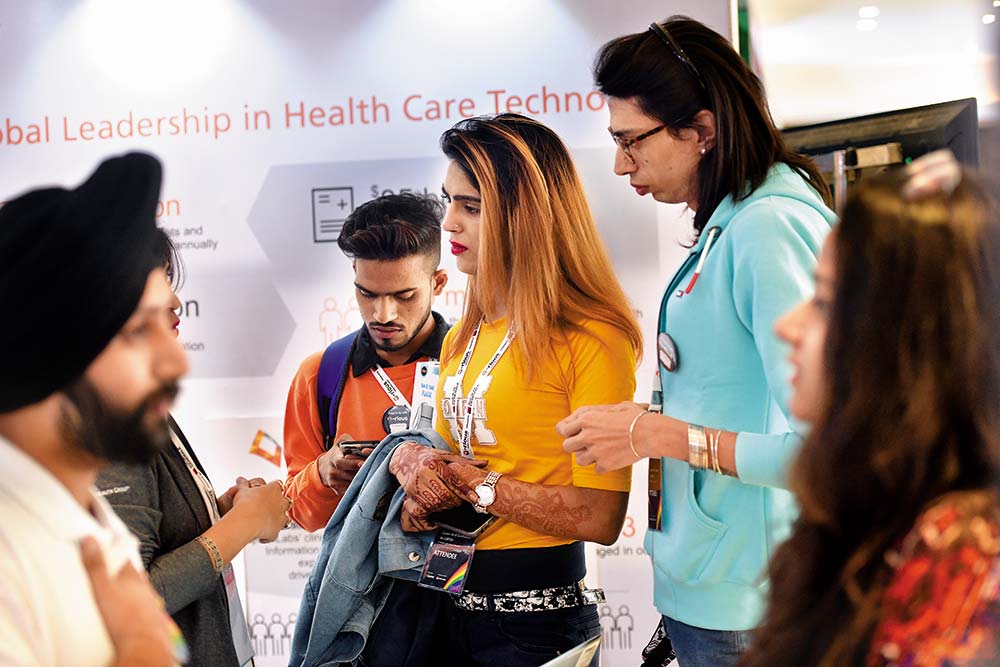 Rise
Job fairs like this one to attract other gender workers have become common in India, and within India Inc
Photograph by Tribhuvan Tiwari
February 14, 2020 00:00 IST Fair, Fairs & Fears

The transition is difficult. What will be your reaction if a male office colleague suddenly decides to become a woman? Some may not believe it, and others may think it weird. But, for the one who makes the transformation, it is an act of extreme courage, especially in a still conservative society like India.

Take the example of Ratrish (trans-woman). After the 2013 Supreme Court verdict that maintained that same-sex relationship between consenting adults was a criminal offence, and before it was annulled in 2018, she joined the movement to uphold the rights of the community. In 2014, she grew her hair, and shaved off the beard. Her attire changed.

While Ratrish was still in the transition phase, an office co-worker mocked her in the washroom. The latter said that she had no right to be in a male toilet. Since, at that stage, she didn’t look like an alpha-male or didn’t wear woman attire, she understood the conundrum of her colleagues. She talked to the HR department, and asked them to change the gender-based toilets in her Kolkata-based organization. She...