The Centre rolls back stringent laws, cadges money from RBI. But to fix the economy, structural flaws must be addressed. 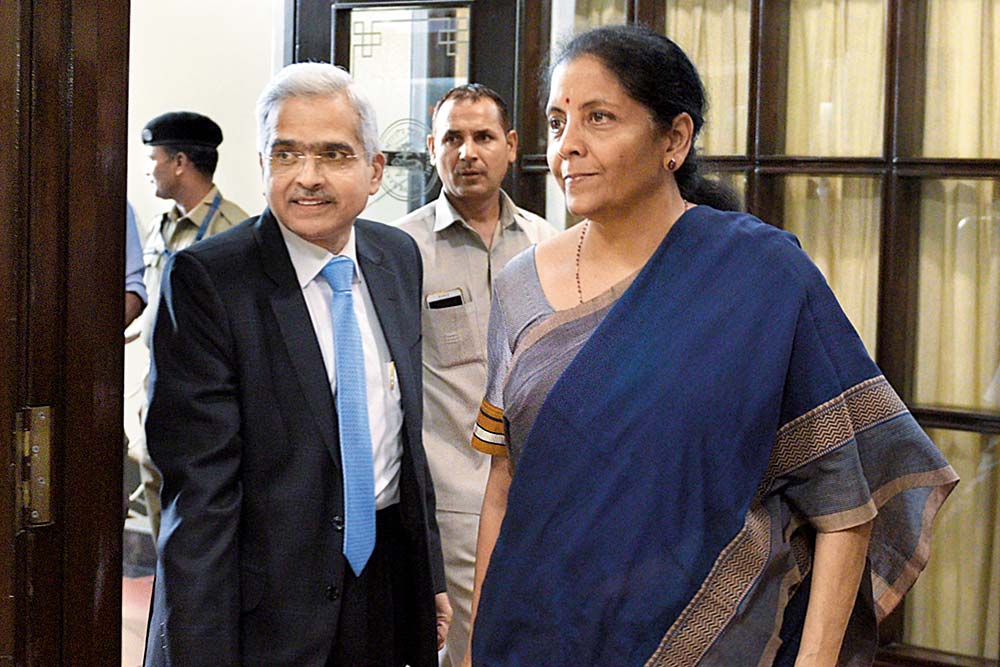 Rs 1,76,000 crore! It is, and was, a curious, controversial, and deb­atable figure. When the for­mer comptroller and auditor general Vinod Rai estima­ted that this was the notional loss to the exc­hequer due to the 2G spectrum scam during the previous UPA regime, it jolted the nation, and proved to be one of the reasons for the downfall of the Congress and its allies since 2014. This week, when the government arm-twisted the Reserve Bank of India to transfer a similar amount from its reserves to bail it out, it rang a bell.

The RBI transfer proves that the gove­r­nment finances are in tatters. Last week, when Union finance minister Nirmala Sitharaman announced a slew of new measures and budget-related roll-backs, she silently acknowledged that the economy was teetering on the verge of a crisis. Growth has slowed down, investments have lost pace, unemployment is high and consumers have postponed purchases. Several key sectors such as automobiles, consumer goods, retail, and textiles are in the doldrums.

Banks are cagey to lend to industry or...