Why 'Common Area' Has Become 'Common Headache' For Home Buyers 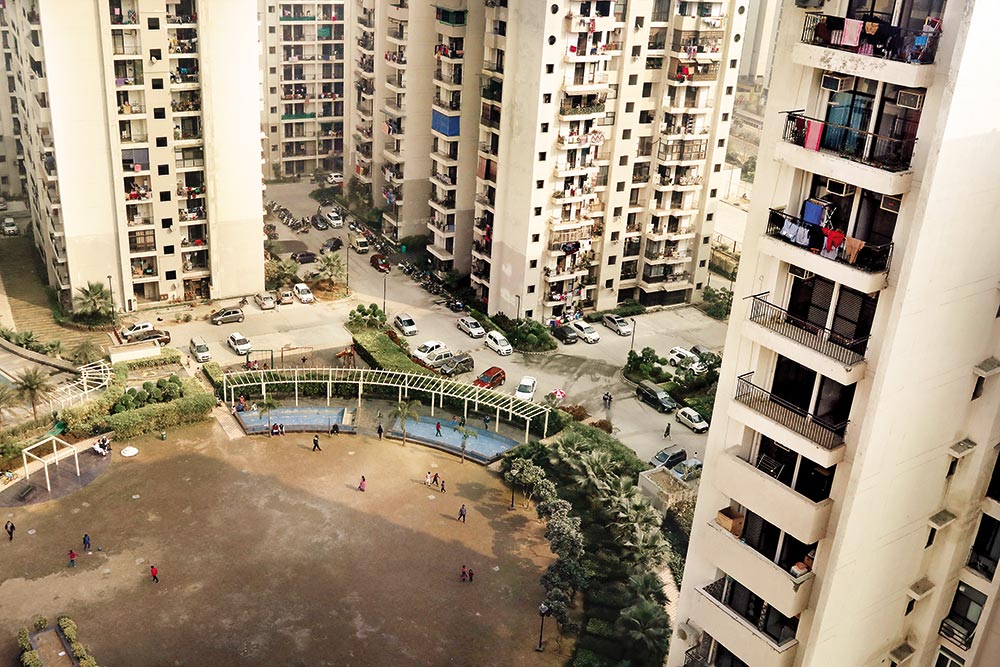 Urban Mess
A tussle over common areas at the Parsvnath Exotica in Gurgaon is now in court
Photograph by Suresh K. Pandey
January 30, 2019 00:00 IST Why 'Common Area' Has Become 'Common Headache' For Home Buyers

With 470 flats spread across 11 residential towers and 27 sprawling acres, Parsvnath Exotica in Gurgaon’s Sector-53 looks like an urban utopia in a concrete jungle—paved roads lined by ornamental and fruit-bearing trees, well-designed playgrounds, children’s parks and lots and lots of open spaces. But ­despite the facade of serenity, all’s not well in this residential landscape in Millennium City. Launched in 2005, it took six more years to complete 11 towers. The flats were handed over in 2010. The three convenience stores were sold to a private player.

The jolt to the buyers came two years later, when the stores were sold off to ano­ther person who merged them and turned it into an automobile showroom the same year. The Residents’ Welfare Association (RWA) complained to the authorities, the district town planner, but when nothing happened, they filed a petition in the Punjab and Haryana High Court. The matter is sub-judice. “Even if we keep the legal provisions aside, there is no logic that justifies this type of business...