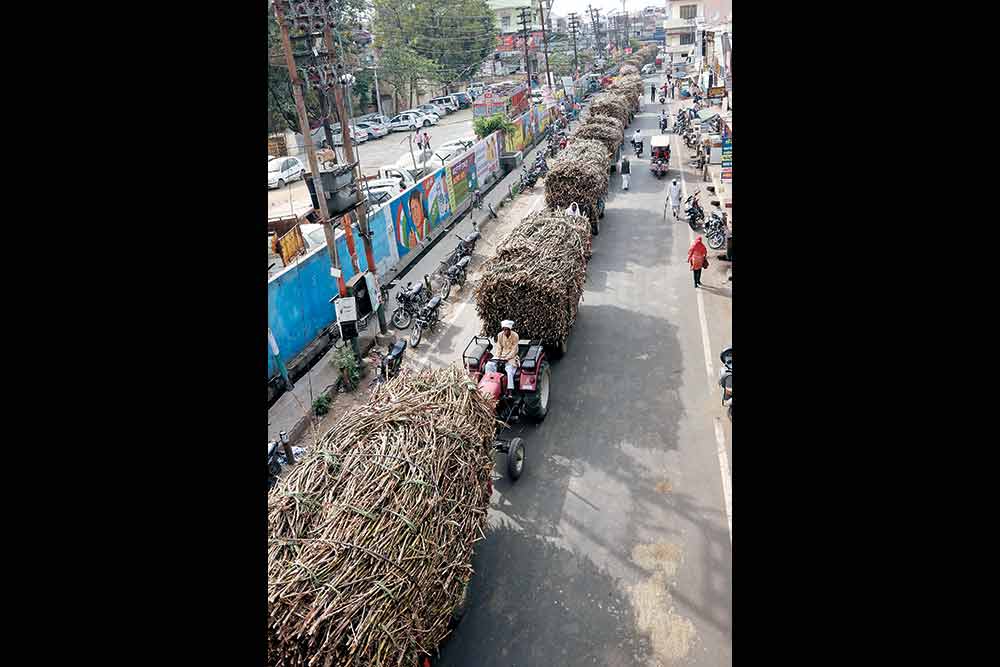 The last time Mohammed Hanif, a sugarcane farmer of Shamli in Uttar Pradesh, got any money for his produce was on December 7 last year. He has no option but to continue transporting sugarcane to the Titawi Sugar Complex in Muzaffarnagar and wait for the dues which have mounted to over Rs 2 lakh for about 1,000 quintals of his farm produce. Stories like that of Hanif abound in this sugar bowl, a fertile swathe of land where tall stalks of sugarcane sway in the gentle breeze, ready for harvesting. “We have no option but to keep selling our stocks to the mill. We will do so till May-end. Hopefully, we will get our payment sooner this year...,” Hanif tells Outlook.

The plight of Shamli’s farmers is but a microcosm of the country’s sugar industry—the world’s second largest after Brazil—which is facing a production glut for the second straight year, leaving thousands of farmers with huge unpaid dues. Government data shows unpaid dues of Rs 25,000 crore as on February 20. The government says Rs 35,000 crore dues have been cleared...