Will SBI Takeover Of Jet Airways Operations Give Wings To Ailing Airline?

Out of a total fleet of 119 aircraft, Jet Airways is now operating less than 15 after grounding most planes due to non-payment of dues to lessors. 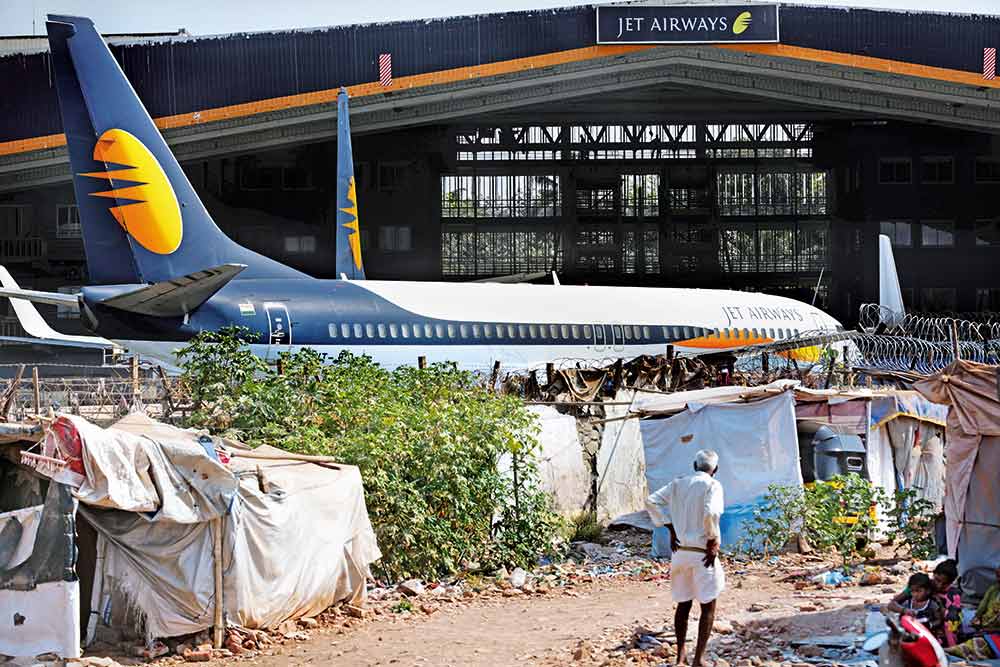 Can a banker fly an aircraft? Rhetorical as it may sound, the question still demands an answer. More so in the curious case of the loss-making and debt-laden Jet Airways, the latest case of a fairytale story gone awry. In an unprecedented move, a consortium of banks led by the State Bank of India (SBI) has taken over the airlines to manage its day-­to-day operations till they find a suitable buyer. Jet has already seen the forced exit of its founder Naresh Goyal, a former ticketing agent who set up the airlines 25 years ago. Industry experts are surprised by SBI’s move. “Such a practice has been adop­ted in the past  for smaller companies—worth Rs 100 or 200 crore—but not for a big company like Jet Airways, whose debt amounts to over Rs 10,000 crore,” says A.K. Ralhan, former chief ­operating officer of the Central Registry of Securitisation Asset Reconstruction and Security Interest of India (CERSAI).

Out of a total fleet of 119 aircraft, Jet is now operating less than 15 after grounding most planes due to non-payment of dues...