A Bridge Too Far? Why Cross-LOC Trade Is Sowing Seeds Of Suspicion

Cross-LOC trade is seen as a political initiative without proper trade guidelines and business model. But is it really building confidence across the border? 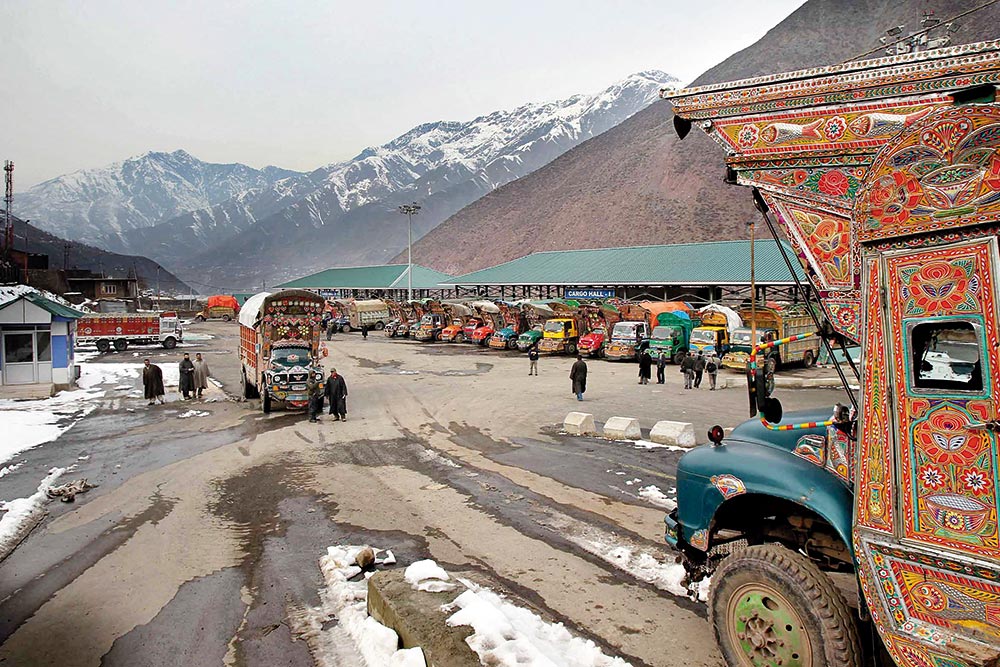 Endpoint Charlie
Trucks from Pakistan unload their goods in Uri
Photograph by Javed Ahmad
Naseer Ganai May 08, 2019 00:00 IST A Bridge Too Far? Why Cross-LOC Trade Is Sowing Seeds Of Suspicion

On March 8, cross-LoC duty-free barter trade was stopped ­after the army told civilian authorities that the Kaman Setu bridge linking Salamabad area of Uri with Chokoti region of Pakistan-occupied Kashmir needed “imm­ediate repairs to prevent further deterioration”. According to a note sent to the Baramulla deputy commissioner, army engineers felt the need after ­carrying out an inspection of the bridge earlier that day. “The repairs would ­require minimum 15 days. In view of this, the trade services (should) be suspended accordingly,” the note reads. Cross-LoC traders say 35 trucks had been loaded and 1,400 were in transit when the trade was stopped. Trade continued, howe­ver, through Chakan-da-bagh on the Poonch-Rawalakote route. While 341 traders use the Chakan-da-bagh route, 241 ­depend on the Salamabad one.

Renovation work was on when the Union home ministry called a meeting in Delhi on April 12, seeking details about the installation of full-body scanners, whose contract had been awarded to Punj Lloyd last year. The...