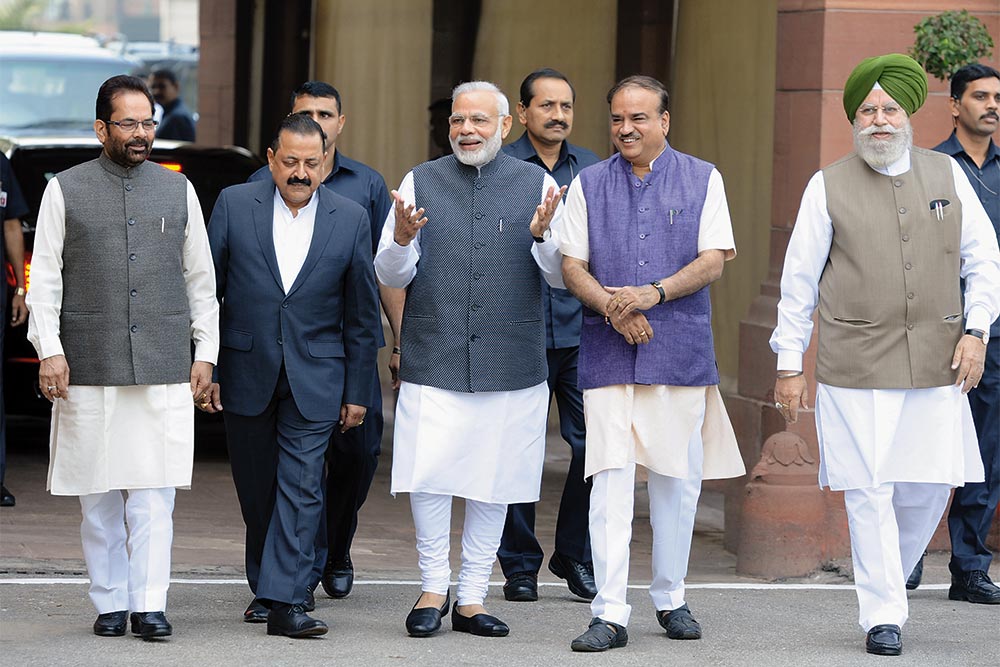 Hoping to make it on time, a senior leader scampered into a meeting of the BJP-led National Democratic Alliance (NDA) in Delhi on November 14. But to no avail. Out of breath, he explained the reason for his late arrival: he had been standing in the queue at the Parliament House branch of his bank to get his demonetised notes exchanged. No one was surprised. Having been through the same experience in the past few days, they ­empathised with the latecomer.

In fact, in causing hardship to one and all, the Narendra Modi government’s demonetisation drive seems to have blurred the great divide—between the haves and the have-nots, the commoners and the powers-that-be. A former cabinet minister may have never visited a bank in the past few decades, but now even he could be spotted queuing up to exchange cash worth Rs 1,500 the other day. It was indeed a rare sight—MPs rubbing shoulders with Class IV employees of Parliament House to get their notes exchanged or withdraw money.

Most NDA members broadly supported the government’s decision, though...