M.S. Gill's acceptance of a minister of state position has received some adverse comment -- but for all wrong reasons 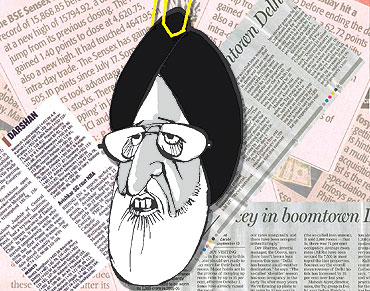 outlookindia.com
-0001-11-30T00:00:00+05:53
Something rather odd is happening to former chief election commissioner and new sports minister M.S. Gill. Like an orchestrated performance, a whole spectrum of newspaper editorials and columnists have berated him for violating democratic convention by accepting a berth in the ministry. People, it is said, damage the credibility of the judicial or constitutional posts they occupied by entering partisan politics after retirement. This is a valid view. This norm is observed in Britain, which gave us the Westminster model we constantly invoke. But since when has the Indian establishment shown such concern for observance of democratic norms?

Since the days of Pandit Nehru? When Bombay High Court judge M.C. Chagla, after delivering a judgement favouring the Congress party, joined it to become an MP and then the law minister?

Since Supreme Court justice K.C. Hegde joined the BJP to become an MP? And later became the party’s vice-president and also a speaker in the legislature?

Since Chief Justice of India Ranganath Mishra became a...