The Bullet is a culture, not a cult, in this Kerala sea town 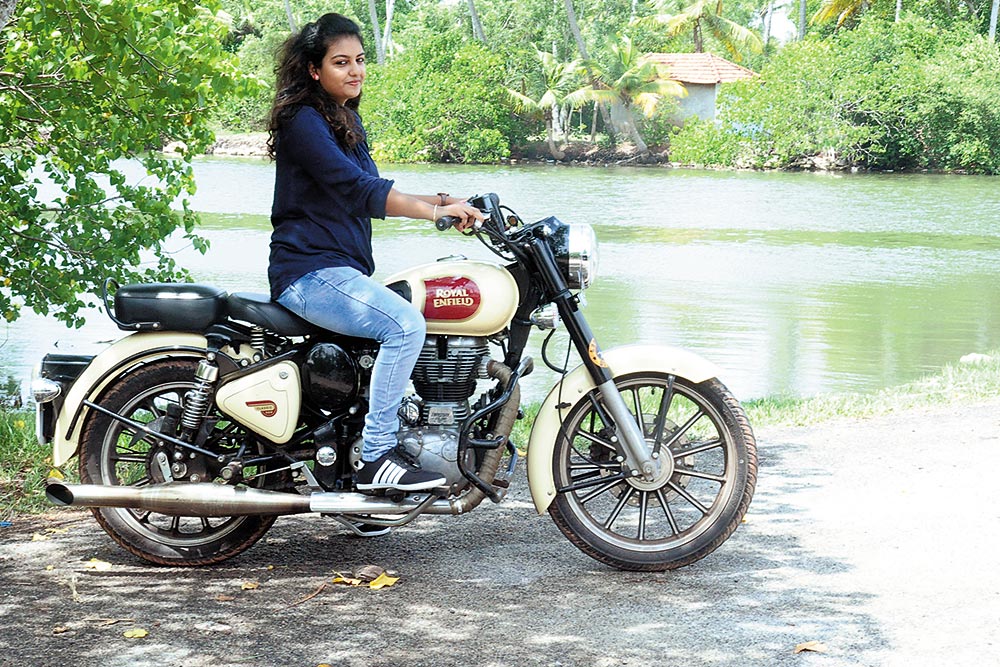 Freedom Ride
Cyndrella Shenoy says, “You enjoy the journey totally only on a Bullet.”

“With the sky above and the road below, the destination is where the Bullet takes you.” That’s the creed followed religiously by bike riders. The 2013 Malayalam road film Neelaksham Pachakadal Chuvanna Bhoomi (‘Blue Sky, Green Sea, Red Earth’), in which two friends Kasi (Dulquar Salmaan) and Suni (Sunny Wayne) ride their Bullets from Kerala to Nagaland in search of Salmaan’s love, captures some of that spirit, making it a cult film among Bullet riders. Not many in Kollam missed that film—hardly surprising, as the Kerala sea town is home to the largest number of Bullet owners, according to a 2009 survey by its makers Royal Enfield. Bulleteers—for want of a better word for Bullet riders—say state capital Thiruvananthapuram is now giving Kollam stiff competition.

P. Thankamani Mani aka Bullet Mani, 64, has been a Bullet mecha­nic since he was 10. He puts the number of bikes two years ago at about 60,000 in Kollam city and nearly a lakh across the district. The two major ­local dealers average about 850...