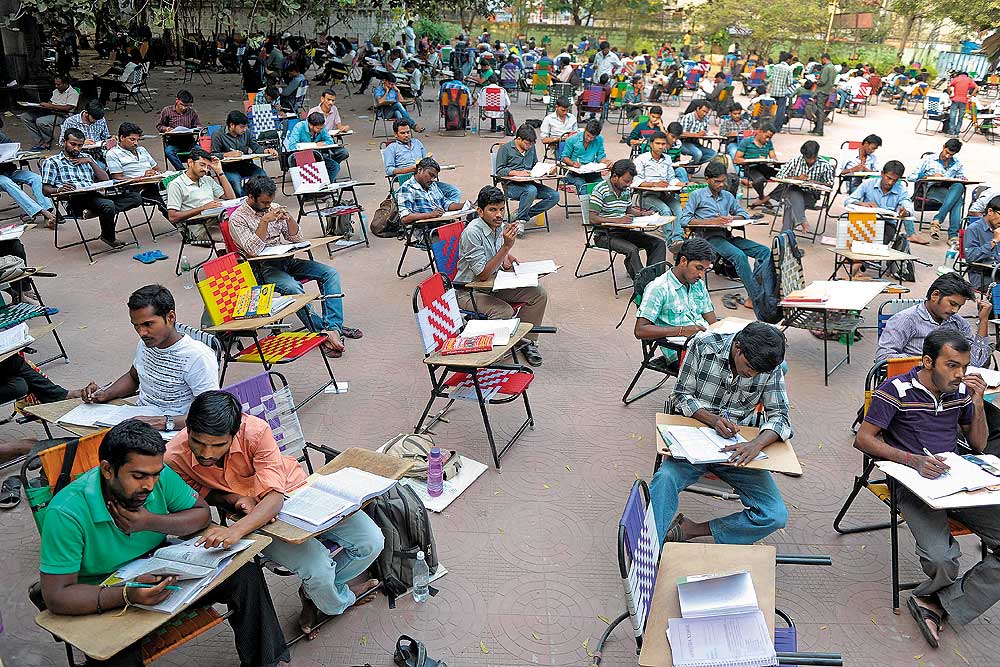 ‘Upper Class Public Service Commission’. So read a placard at Jantar Mantar in New Delhi, where civil service aspirants have been protesting for the last two weeks against the Union Public Service Commission’s alleged bias against Indian languages. Thousands of aspirants see the Civil Services Aptitude Test (CSAT) in the preliminary examinations—introduced in 2011—as discriminating along class lines and working against those who have studied in government schools and with an Indian language as medium of instruction. The replacement of the multiple choice paper on an optional subject of the aspirant’s choice with an exam that tests aptitude, logical reasoning, analytical ability, decis­ion-making, besides English language skills lends an unfair advantage to a thin, distinct English-educated urban class, they allege.

Unfortunately, the protesters’ cause was ill-served by the bunch of rag-tag young men who appeared on TV channels to explain their opposition. Making yourself heard on Indian television discussions is a tough ask...