The oppressed unleash fresh wave of stir, this time led by a young lawyer. Can it alter politics in UP? 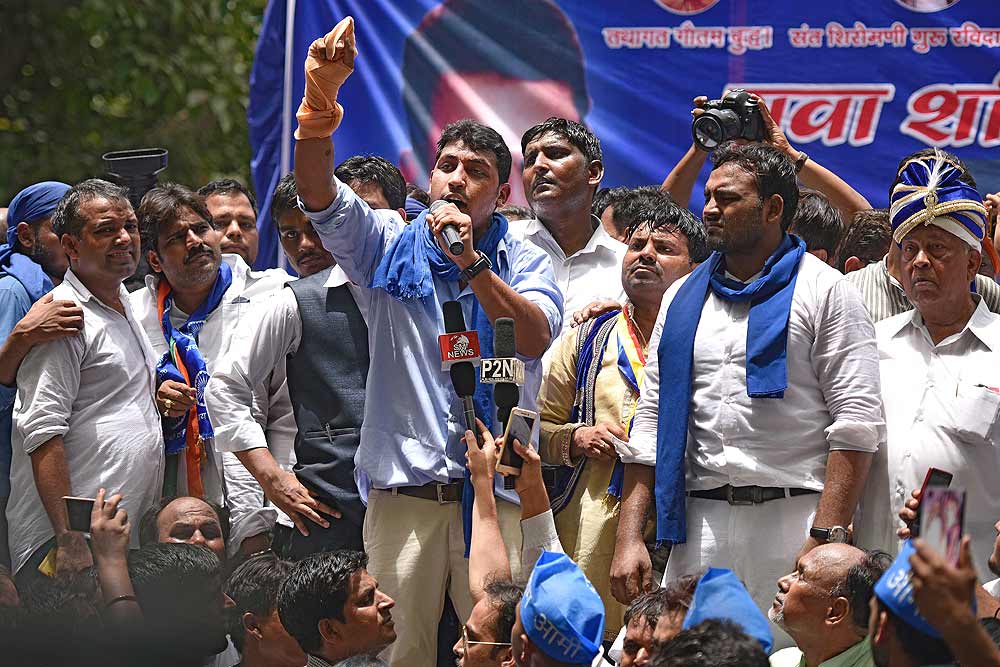 Simmering rage among the Dalits hit another boiling point in Saharanpur, two days after thousands of people from the underprivileged community gathered in the heart of the national capital. The massive May 21 show at Delhi’s Jantar Mantar, 200 km east of the Uttar Pradesh city, was led by a young lawyer: Chandra­shekhar Azad, the foun­der of a hitherto little-known outfit.

Dalits in Saharanpur are angry, parti­cularly at the state’s BJP regime, which they allege is ‘rigged’ by forward-caste Rajputs, or Thakurs as they are known in the Hindi belt. Will the anger gently fizzle out into a passing phenomenon like the one that began from Una in Gujarat last year? Will it be coopted into BSP leader Mayawati’s political machine or will it unfold as a new movement?

The fury was evident in Saharanpur’s district hospital. There, Dalits thronged in hundreds, especially after a youth from their community died on May 23 from stab wounds. Locals say it’s Thakurs who ended the life of 24-year-old Ashish Meghraj and assaulted 14...