Akalis are seen as useless amid economic distress; the Congress is patchily popular. It’s the AAP many in Punjab are turning to. 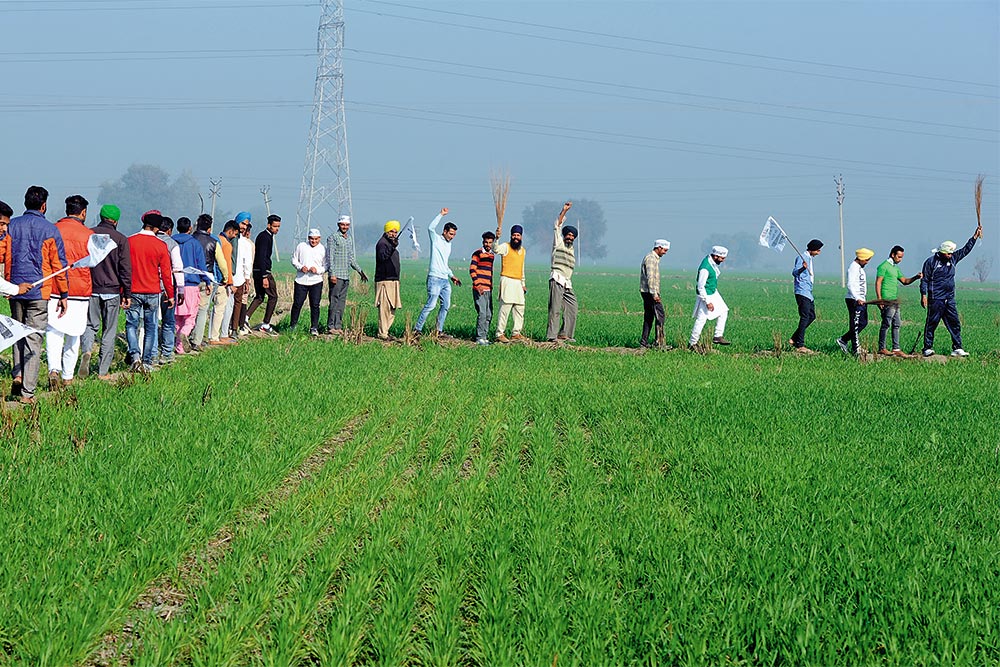 From the fog that descends on winter nights over Punjab’s yellow and green mustard fields emerges a glimpse of an unpredictably theatrical electoral verdict. Cruising through the state’s verdant Malwa and Doaba regions, where lie about ninety of its 117 assembly constituencies, it seems the Aam Aadmi Party has parachuted deep into the electoral terrain here.

Two months ago, the usual pre-election debates dominated Punjab: The scourge of drug abuse, the related grouse over lack of employment and the decline of agriculture. From contributing almost 60 per cent to the state GDP in the ’70s, the share of agriculture declined to under a quarter in the last decade, while the agricultural growth rate twice plunged into the negative zone.

These factors were steadily eroding the Shiromani Akali Dal vote bank, and creating support for the Congress and AAP. But then, the Centre’s demonetisation, announced in early November, dramatically changed scenarios. Where discontent and anti-incumbency were alr­eady writ large, the war on black money added...