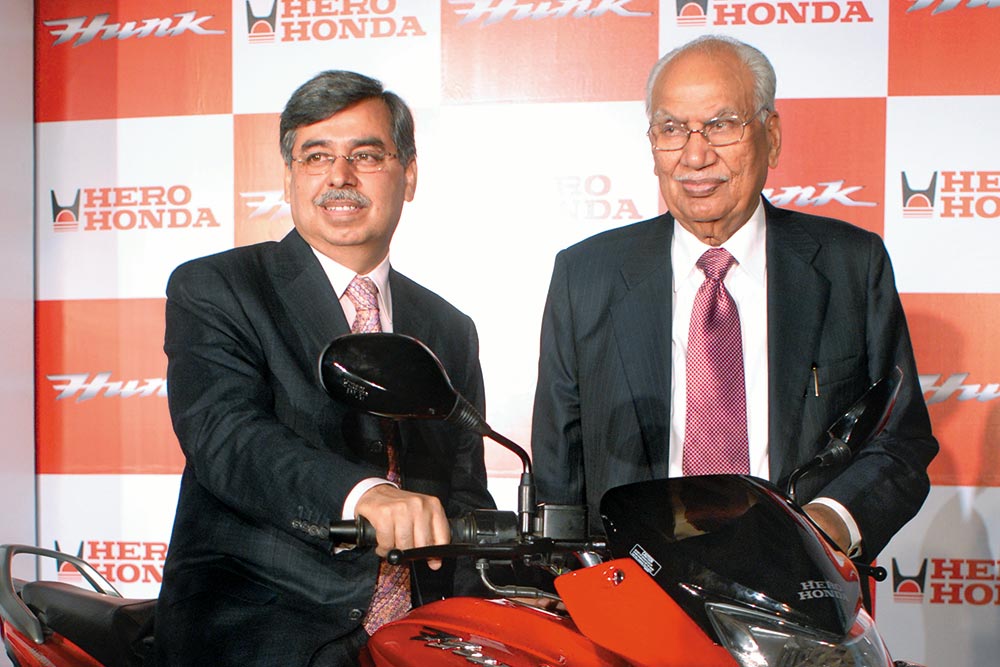 Brijmohan Lall Munjal’s rise from manufacturing bicycle components to making Hero bicycles and then entering the big league by joining hands with Japanese auto giant Honda Motor to produce motorcycles and scooters is the stuff of legend. It’s the story of an entrepreneur who dreamt big and didn’t flinch from taking risks.

Born in 1923, Munjal was 20 when he moved with his family to Amritsar from a village in Punjab. His next shift was to Ludhiana, a thriving industrial city. He didn’t go to college, but that didn’t stop him from thinking big. With his three brothers, he made Hero Cycles a rep­uted brand in both India and abroad. In 1984, the company started a joint venture with Honda Motor to manufacture motorcycles and soon overtook market leader Bajaj Auto to become India’s biggest two-wheeler manufacturer.