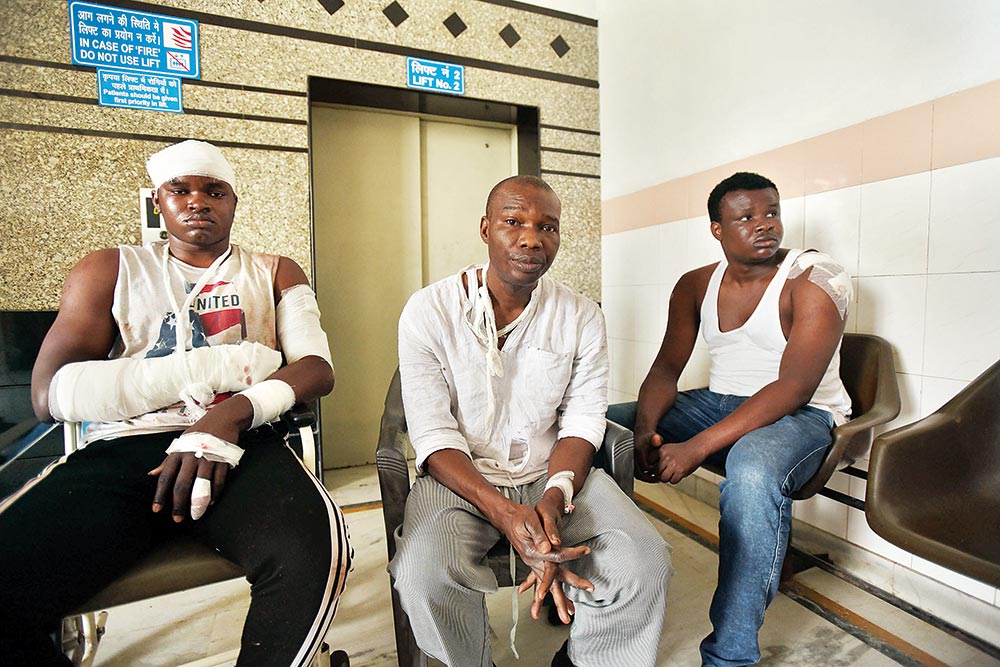 Random Targets
Nigerian nationals in a Delhi ­hospital after they were attacked by a mob
Photograph by Getty Images
Zia Haq March 31, 2017 00:00 IST Brewing Racism Blows Up

“We all bleed red, no matter your race,” says 20-year-old Nigerian national Ayesha ­Mohammed, as she reaches for a waiting taxi. She is literally fleeing her rented flat in Greater Noida’s Express Park View Apartments overlooking empty agricultural greens. Ayesha and her friend Maryam Ishak are moving to an undisclosed location in Delhi because Greater Noida is not safe for them for now. In the last few days, African nationals in the neo-city have been living in fear. Most of them have been told to stay indoors and ‘lay-low’ by concerned associations of African students in India on social media.

“I came to India because we’re told ‘Indians treat (people) well’,” says Ayesha, as her friend Maryam tries to call someone. The girls are studying computer science at Greater Noida’s Sharda University. Maryam’s call goes through. She hands over the phone to this correspondent. It’s her friend, from Delhi. The male voice from the other side mumbles out a ­request: “Can you let the girls go?...