Bose’s Ranis: ‘Not Even One Abandoned The Regiment’ 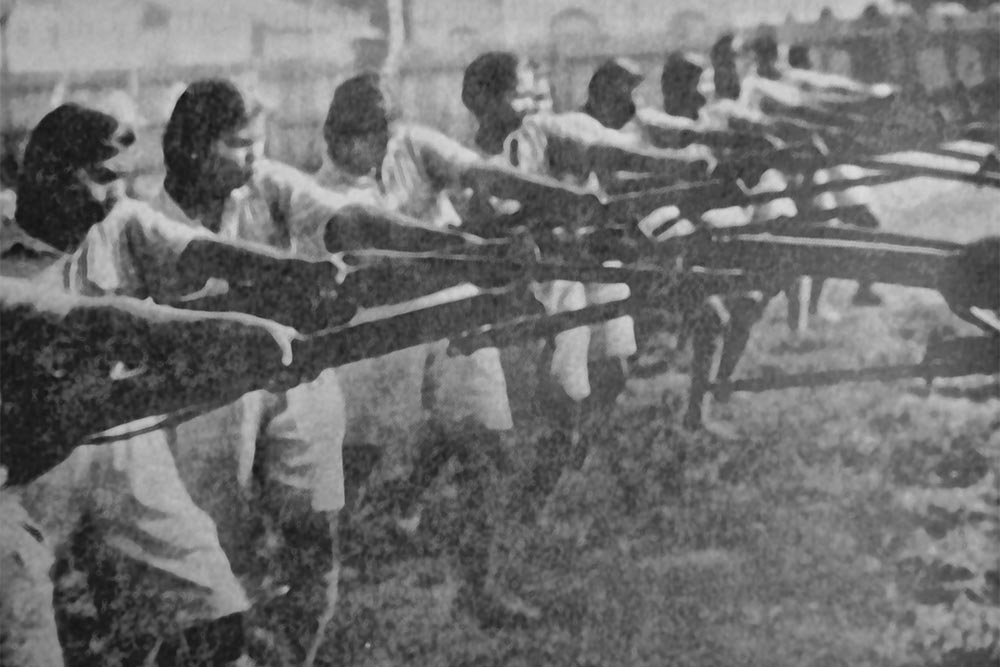 The Rani of Jhansi Regiment training with guns

While reading her strenuously researched book, I remembered a conversation I had with author Vera Hildebrand when she visited our home in Kanpur to interview my late mother, Captain Lakshmi Sahgal.  She told me that she enjoyed spending time at the sea shore in a home she had in either Denmark or Sweden. I asked her if she would go swimming in the icy waters. She said she liked nothing better than diving into and swimming in the freezing wat­ers. She has displayed the same intrepid spirit, diving into archives in India and the United Kingdom, ­undeterred by tight-lipped, often forbidding keepers of secret documents, ferreting out information, some of it hitherto unknown to researchers and writers on the Indian National Army (INA). An interesting example is the way she found and then accessed boxes full of interrogation reports of captured INA personnel by British Army officers – getting around the Cerberus guarding them jealously.

Her doggedness to extract information and to unlock long forgotten memories also led her to track down all the living...