The Nehru-Gandhis are India's First Family. But across the country, power is family inheritance. 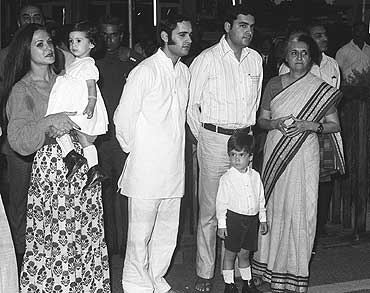 The Nehru-Gandhis
They have held the reins of the Congress party ever since the struggle for Independence. It was Indira, though, who started the dynastic tradition first with Sanjay and after his death, with Rajiv. Today, Sonia guards the family preserve while son Rahul gets groomed for his political destiny.

The Abdullahs of Kashmir
A tumultuous political career later, Sheikh Abdullah passed the National Conference baton to son Farooq who in turn gave charge of it to a less than illustrious Omar.

Karunanidhis of Tamil Nadu
DMK founder C.N. Annadurai would have scoffed at dynastic rule. But with Karunanidhi now 84, sons...