Books To Read In The Time Of Coronavirus Lockdown

From Albert Camus's The Plague to The Inspector Maigret Series by Georges Simenon, here's a list of books you must read while at home during the coronavirus. 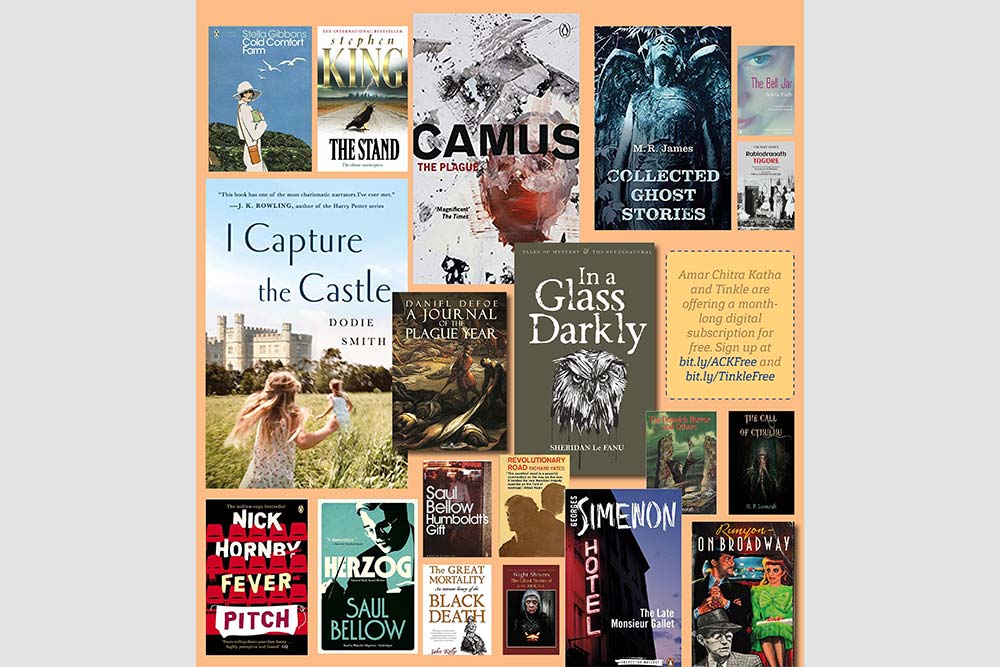 Being cut off from all social interaction is depressing, and a lightening up of mood is in order. Comic writing can be a perfect pick-me-up. P.G. Wodehouse, Gerald Durrell and Tom Sharpe are, we take it, well-thumbed. Now read the comic genius you’ve probably not read—the immortal, laugh-out-loud, linguistically inventive Damon Runyon. Narrated by an anonymous person in New York, these stories, told in street skaz, inhabit the world of speakeasies, diners and horse races, populated by gangsters, dropouts and lowlife of every dimension who all live by their wits. Broadway in the ’20s and ’30s was never so much fun as here.

Capture The Castle by Dodie Smith

Crime never pays, but it pays to shut out the world (when the world is shut to you) with absorbing crime fiction. We take the opportunity to plug the work of the unique and great Georges Simenon and...