The Assertion Of Hindi

The threat of Hindi imposition, the failed three-language formula, a perceived, deeper design and a likely solution 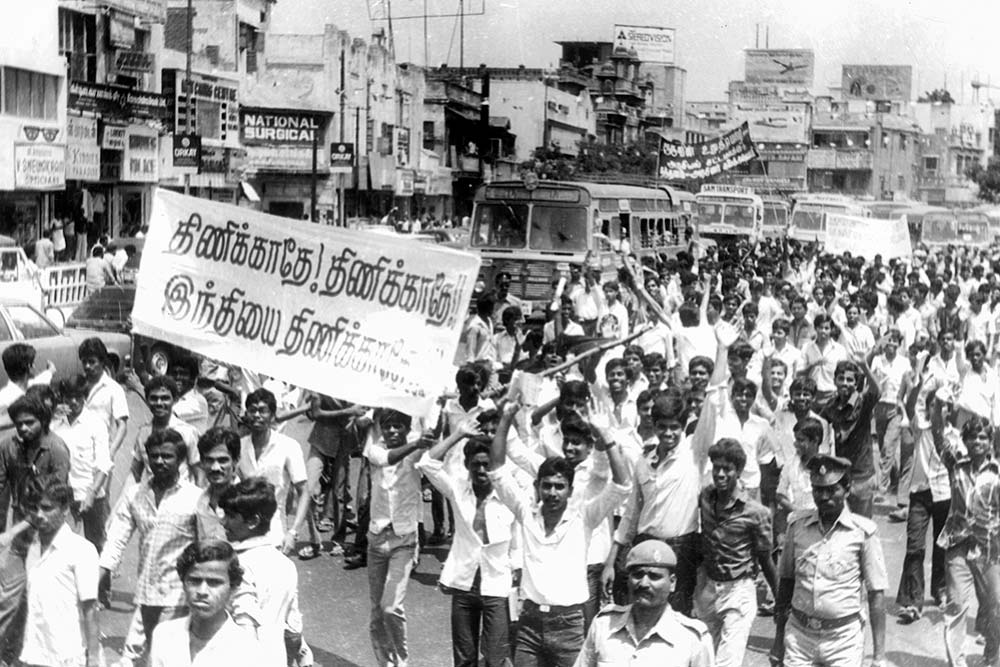 A resounding no Anti-Hindi protests in Madras, 1965

The Hindutva alternative to Indian civic nationalism has historically also been impatient with the notion of Indian multilingualism, which it sees as a babel undermining national unity rather than the proud showcase of diversity that civic nationalism celebrates. It has been a long-standing policy plank of the Hindutva movement that Hindi, the language of the northern and central Indian states, where the party has sunk its deepest roots, should be the ‘national language’ of India. BJP MPs have frequently risen in the national parliament to demand that their preference be made law.

India has no ‘national language’; it has two official languages, English and Hindi, with co-equal status in the central government, the courts, and other national institutions. Attempts to promote Hindi nationwide led to stiff resistance from non-Hindi-speaking states in the early 1960s, with language riots claiming lives in the southern state of Tamil Nadu. The compromise achieved at the time—a ‘three-language formula’, which required each Indian to...