The winds are favourable...Savarkar is enveloped in a biographic embrace. Sampath is digressively elaborate; Purandare is concise and critical. Both are sympathetic. 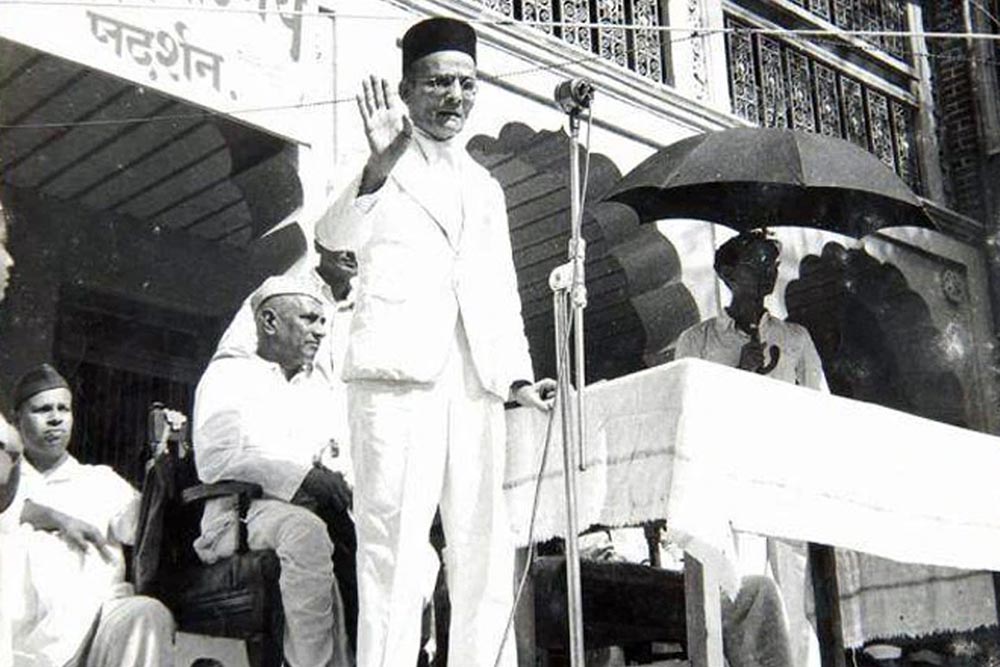 I came to know of Savarkar many years ago through the Tamil translation of his captivating work on 1857.  Though I have never been a votary of Hindutva, my respect for young Savarkar has remained undiminished all these years in spite of the accusations of cowardice made against him by several ideologues. Indira Gandhi’s statement that his name was a byw­ord in daring and patriotism was correct and primarily about his young days. Savarkar in his later years, after he had chosen to wear the robe of Hindutva, was completely different.

A decade ago, acclaimed publishers would not have touched Savarkar with a bargepole. With the change of governm­ent and with the air nowadays redolent with the unmistakable tang of majoritarianism, the rules of the game have clearly chan­ged. Two books on the person who was, in the words of one the authors, “one of the most contentious political thinkers of the twentieth century”, have appeared in quick succession. Savarkar is contenti­ous all right.   If his name induces revere­nce in the...