Not Without Her Mother 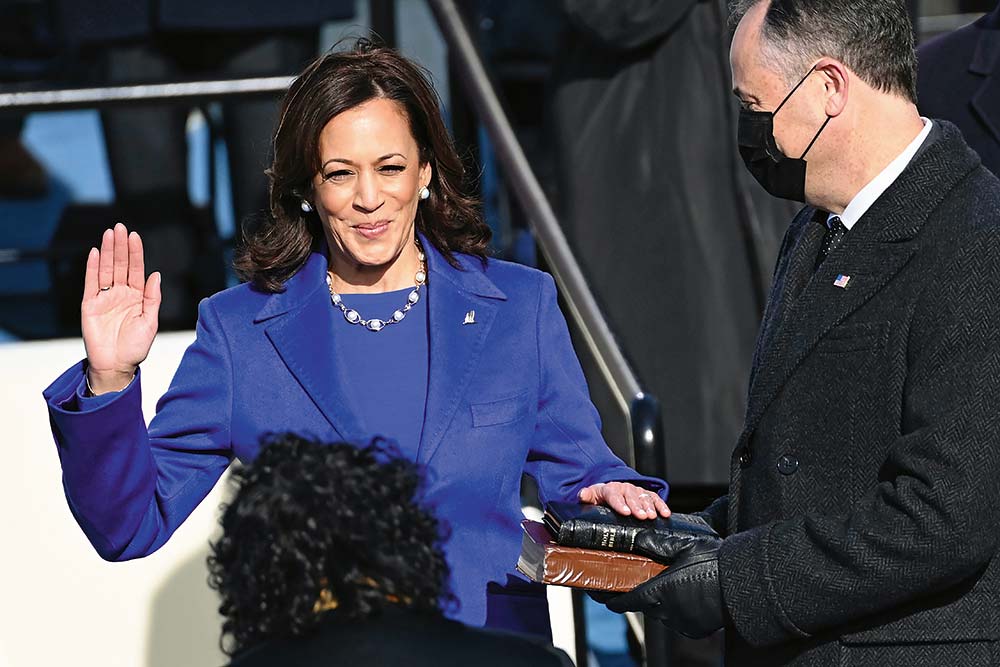 Kamala Harris being sworn in as the US Vice President
Photograph by PTI
Nalini Natarajan April 01, 2021 00:00 IST Not Without Her Mother

In a conversation done for Outlook, writer Peggy Mohan and I, along with Sunil Menon, had reflected on the hidden persistence of indigenous women’s culture and language, after a region had been overrun by male settlers. Women, we said, only part-metaphorically, are almost like a separate race. An India/Caribbean passage was strung like a meta-theme there. With Shyamala Gopalan Harris, mother of the recently elected US Vice President, we revisit that same site of crossing. When free to reinvent oneself, away from the constructed hierarchies and suppressions in your place of birth, what are the possibilities for women? As a woman unfettered by restrictions in a distant continent, Shyamala made some very significant choices, helping her daughter break barriers. Kamala Harris’s biography is a testament to this story.

It’s not often that one sees values nurtured by single mothers lived out by their daughters in public life. True, strong women have often raised leader sons. But many women leaders we know—Indira Gandhi, Margaret Thatcher, Queen...