Nearly His Own Man

A gripping, behind-the scenes account of political machination and high intrigue. The objective: power in Maharashtra 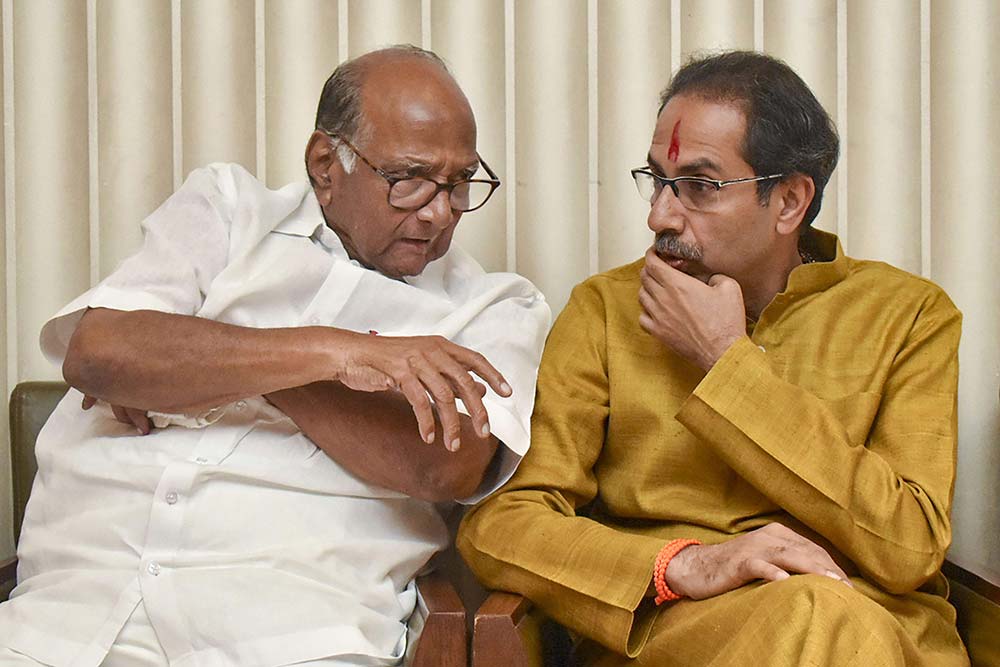 Sharad Pawar with Uddhav Thackeray. As Ajit’s coup became known, the older Pawar reached out to Uddhav.
Photograph by PTI
Kamlesh Sutar May 29, 2020 00:00 IST Nearly His Own Man

An early morning phone call woke up Uddhav Thackeray. What the caller informed him pulled the rug from under his feet and left him shocked and speechless. As the state was sleeping, in an early morning development, Devendra Fadnavis was sworn in as the chief minister of Maharashtra. Even more shocking was the name of the deputy chief mMinister sworn in with Fadnavis. The man was none other than Ajit Pawar, who was sitting in front of him in the meeting the previous evening. At 8.01 a.m., ANI tweeted about Fadnavis and Ajit Pawar taking the oath.

Sanjay Raut, who had recently undergone angioplasty, could feel his heart palpitating. It was he who had been coordinating with Sharad Pawar’s NCP. He had assured his party president that the NCP will not ditch the Shiv Sena. And now here he was, trying to gather the courage to speak to Uddhav. Raut picked up the phone, but dialled Sharad Pawar instead. NCP’s state president Jayant Patil had retired to bed late the...