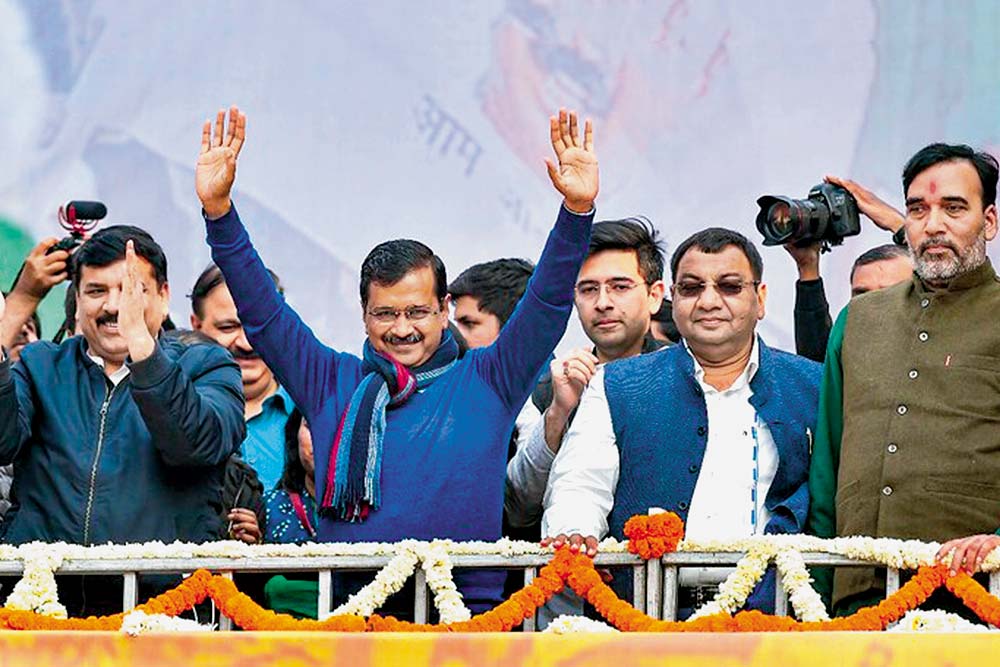 Man On Top
The BJP tried hard to polarise the electorate along religious and other lines before the February 2020 Delhi Assembly polls, but couldn’t stop AAP’s landslide win

While every India-Pakistan cricket match unites the entire nation, in our victory and loss alike, it is ironical how the collective memory of the wounds of Partition stands to divide us as a people. I have a clear observation of polling trends and I hope political leaders reading will note—polarisation can never be the main reason for your victory. That may sound like a rather sweeping statement to make but I will argue my case patiently. Since the first poll prediction I made in 2013, I have repeatedly asked voters what counts in an election and I can tell you with some certainty I have never come across anyone who has prioritised temple construction or minority appeasement when they choose their representatives. That is not to say that communities do not have their sympathies with a particular political party with a certain ideology that is in line with their own religious beliefs. Political parties will always continue to enjoy their traditional support base even as they make their best efforts to invade and engage their rival’s votebank. Polarisation typically...