The past, with its densely scribbled carapace of tragedy and a perfect balance between nature and humanity, flows into the present, then the future, in this holy city. Amritsar: A City in Remembrance combines comprehensive visual narration with essays that raise questions about the relation between heritage conservation and people’s lives. 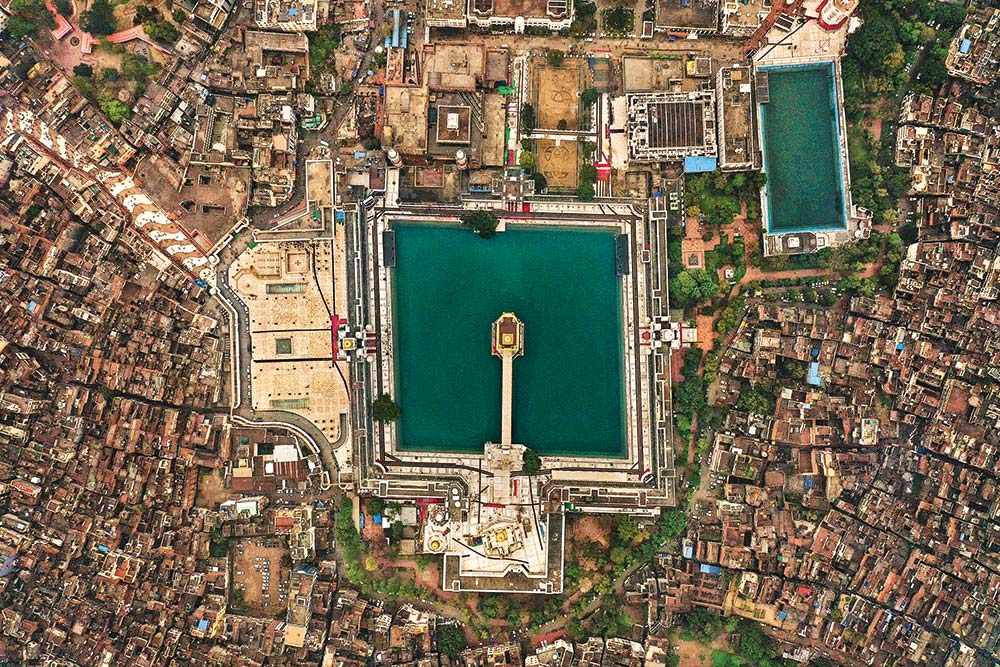 Air is the Guru, Water is the Father,
and Earth is the Great Mother of all.
Day and night are the two nurses in
whose lap all the world is at play.

Punjab is predominantly an agrarian landscape where cultural expressions are deeply influenced by the relationship between humans and nature and, more specifically, ecological systems related to water as a life-giving source. This deep relationship can be experienced intensely in the tangible heritage of the canals and wells, and the intangible heritage of folklore, poetry, music, festivals based on the agriculture calendar. The city of Amritsar is not only Mecca for the Sikhs but also a leading source of inspiration in the way the Gurdwaras place themselves in relationship with the many sarovars (water bodies).

The city is also seen as an epitome of resilience. Ever since Amritsar was founded, it has been subjected to several acts of violence, such as the martyrdom of Guru Arjan Dev in 1604 CE, unrelenting...